By Alastair Hibbins - December 21, 2014
A pack of nearly 50 hashers, including about a dozen hash horrors, arrived really early (with the usual exceptions) at the Red Lion for our Christmas Trail.  Most dressed festively, but all in high spirits and eager to set off.  It was good to see Wide Receiver and family, and Lilo returning, and also Damp Patch - a City-of-Exeter H3 virgin.

Groucho explained that he'd hit a brick wall when out laying the trail - apparently a wall was built across a track that he wanted to use.  As a result, the route was "bone" shaped - he was worried that he might get lynched by the end of the trail!

The route started off on the road back towards Exeter, then took a right on to a lane, then over the fields and the M5 into Poltimore.  There were a couple of long-shorts (including a XL-L-S), and a sweetie stop (below).  A loop around the back of Poltimore, then back the same way we arrived (now with many fish hooks), across the M5 (where Oddbitz waved at the traffic below in his Santa costume), returning via the church yard to the pub.

Before the meal, two hashers were name "Bugs" (mum) and "Little Kitty" (daughter), and the first of the trophies were awarded.  But first Groucho summarised the year in his Christmas Message (including memories of Hole-in-1's numb bum and the Autumn Gathering).  Stix was awarded the Woodpecker Cup for "Most prolific hasher" and Bollards got the Hen-pecker award for "Most prolific harriett".

The food arrived, and was greatly enjoyed.  Afterwards, the Radio Head trophy went to Rocky for the "Most prolific junior", Twin Peaks for "Most Prolific Hare", Mouthful and No Butt for "Hare of the Year", Groucho for "Bone of Contention" over the lost glove incident, and the D-family got the Sheriff's award for the most fines.

Spocky was thanked by Groucho for looking after the hash accounts and organising so much during the year, and Stix and Bollards for hare raiser and looking after the web site.  Groucho was thanked too for being GM!  Strapo then treated us to a delightful rendition of Happy Birthday We wish you a Merry Christmas on his Saxophone.

Lots of more photos on our Facebook page, https://www.facebook.com/groups/cityofexeterh3/

The next trail is on BOXING DAY at 11AM (not 7.30 as listed in some publications) at Haldon Forest Walks Car Park laid by Hole-in-1 an A la Ronde, with Sunday's trail at Warren Car Park (Tampa).  Also a reminder that annual subs can now be paid (to Spocky): £30 for a family, £20 for an individual. 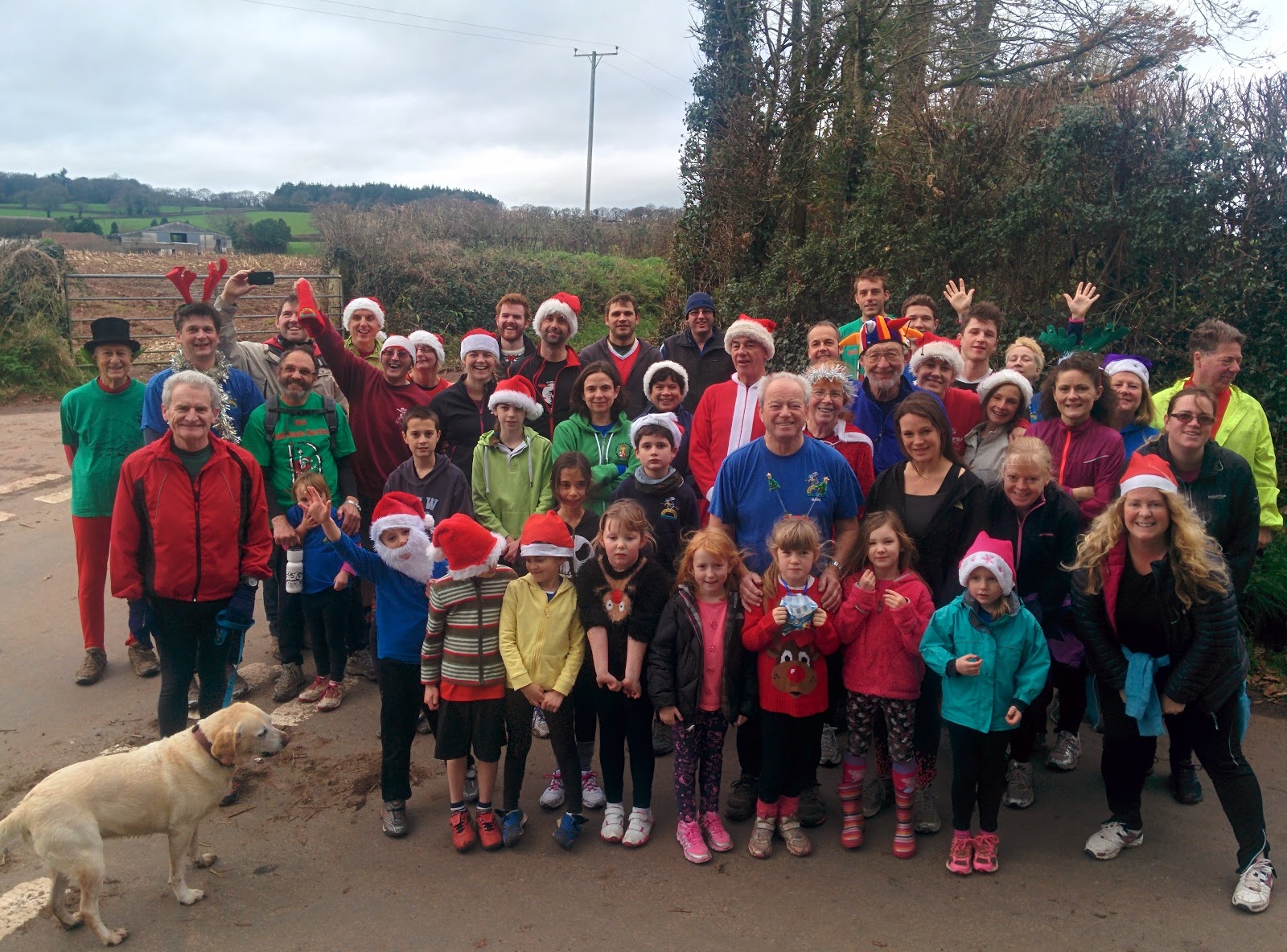