By Alastair Hibbins - December 07, 2014
A great first lay from virgin hares Pants Down and Minx.  Some hashers had come adorned with Christmas decoration, and for those that hadn't, Minx provided some lip balm and glitter and others picked up bits of holly and ivy on trail.  Fancy Liquor, Armless, Tearaway and friend even managed to get left behind while foraging for something festive.

The trail took us out of Ide and into Alphington where several hashers were accosted by a man trying to sell them a tray of fresh free-range eggs.  Very nice, I'm sure, but where would we keep them on trail?  It was quite a surreal moment.  He disappeared as quickly as he had appeared.  I'm beginning to wonder if I imagined him.
At the Sweetie Stop, the hares excelled themselves by providing nuts, chocolate orange digestives sweets and a chocolate orange - very generous and much appreciated.
The trail continued up and out of Alphington along the back lanes where there was a muddy/dry split.  For the benefit of my washing machine, I encouraged my family to take the dry route, but apparently the muddy route was quite picturesque.  Just after the trail joined up again, there was a style leading into a very steep and exposed field.  It was freezing making our way back down towards Ide.  Fish-hook avoidance was committed by Stix, Twin Peaks and a couple of others right at the end of the trail which was very well marked, so there was no excuse. 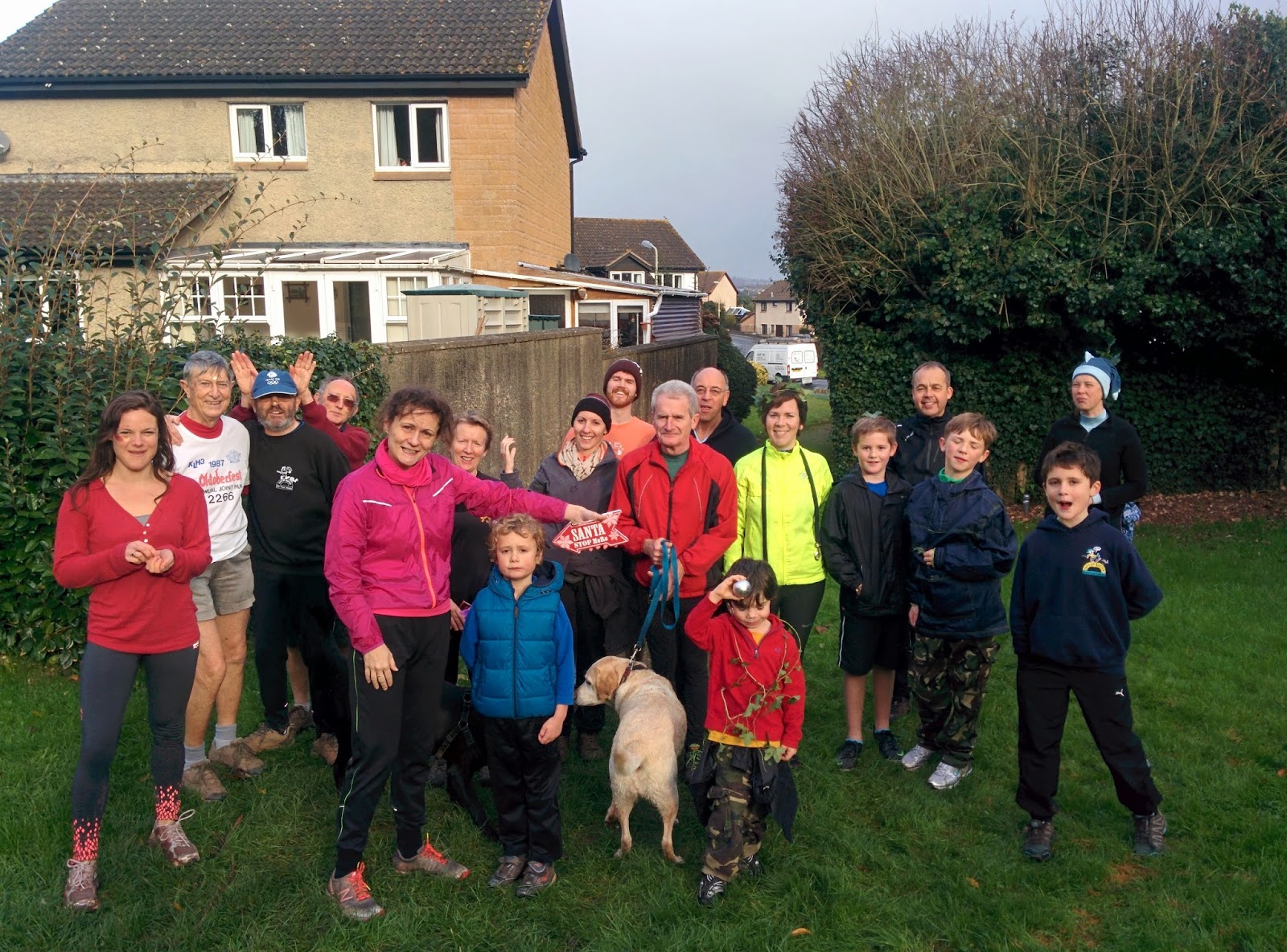