By Alastair Hibbins - December 14, 2014
Today's trail was laid in yellow and green oil pastels and occasionally flour, as the locals had become suspicious of the white powder, sometime back in history when they thought that it was poison for dogs.  In the circle, hashers were labelled either Holly or Ivy for a mysterious reason which would become apparent on trail and right at the end there was a H/I split, although depending on which direction you looked at the H or I, it could have been either.  We were also told to be very quiet so as not to upset the twitchers.

The trail took us up towards Darts Farm and along a  section of cycle path that was new territory to me.  Apparently, there was a Sweetie Stop marked near a bird watching hide, but I managed to run right past it, along with most of the rest of the pack, but we found a regroup not much further on where we ate the sweets that Stix was carrying.  Following a ha ha for the longs, we found ourselves on the goat walk heading back towards Topsham, and we had the second Sweetie Stop on the slipway where numerous photographs were taken.
As we headed further towards the town centre, we found the H and I split which was followed by a long/short split with the longs doing a loop of the church and the shorts heading straight back to the car park, where the traffic enforcement officers had been having a great time ticketing cars, some of which had valid tickets in.
A valiant effort from Hole-in-One who was feeling delicate after the combined hash party the night before. 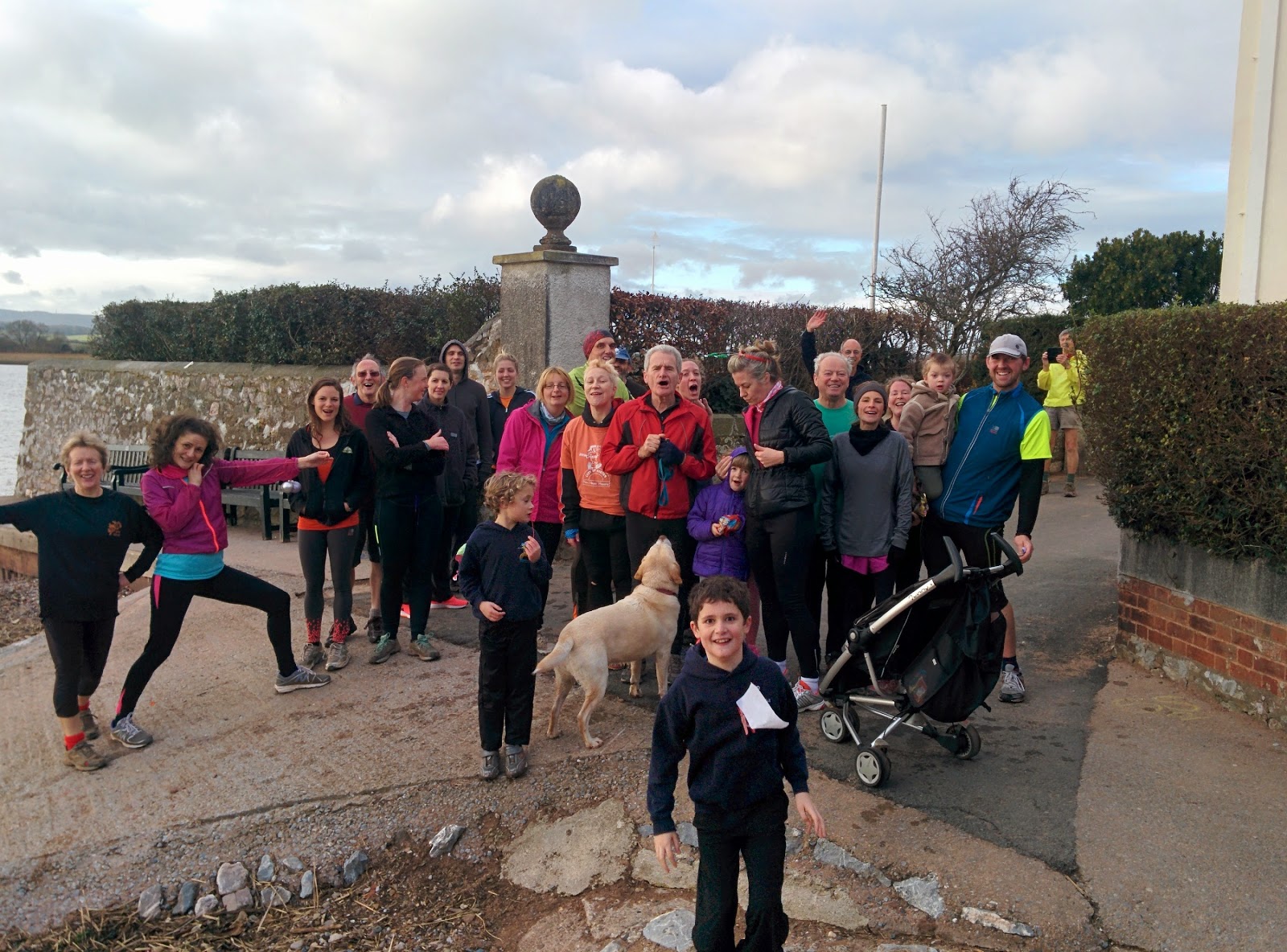