By Alastair Hibbins - March 29, 2015
I remember hoping last Sunday, that today would be a sunny day, so that we could enjoy a trip to Dartmoor on a warm Spring day, and even a bit of paddling in the streams.  Not a chance.  The car was buffeted on the journey up the A30, but that was only the start.


17 brave souls arrived in Belstone, and while it wasn't that cold, it was very windy with drizzle in the air.  Woodpecker circled us up just outside the pub, wanting to get moving straight away.  Suck 'n' Run, on her return after a few weeks away, was one of the late comers.  But she was "beaten" by Tampa of course, who wasn't so much "Suck 'n' Run" as "Park-Up 'n' Run"!  Our two newest members admitted that they'd forgotten to change the clocks, and were nearly late (maybe hash names...), and Minxy explained that she hadn't changed Mud Pie's clock at all, and had enjoyed a lie in this morning!

We set off down through the field of ponies to the river, and across the bridge.  Then straight away into a long-short. Belltoll had already explained that the longs were runners-longs, so we kind of expected to be heading uphill.  What we didn't realise was how incredibly windy it was on the top of the tors, and it just kept getting worse.  The silver lining was that we were blown UP the hill, although some of the gusts were verging on blowing us over: Pantsdown was seen veering off course down hill in a very uncontrolled manner!  Swinger informed us that this was a storm force 9!

Then we headed down hill, back to the river, via a series of narrow paths along the valley side.   By the time we'd reached the sweetie stop, the shorts had already been there for 10 mins.  But they didn't have the sweets - ha ha!  Tampa revealed his rather muddy posterior after a fall on the short trail.
Then another long-short split, this time the trail took us closer to civilisation, and we all stopped to stare at some other walkers (as they stared back at us), and we had a good look inside the windows of a few expensive bungalows!  The longs got back to the pub before the shorts, and now the drizzle, having held off for most of the r*n, was really heavy.  Minxy stood in as Sheriff, and we quickly retired to the cars before enjoying a superb lunch in The Tors.

Don't forget to RATE THE HASH!

Next week's trail is the Easter Sunday Eggstravaganza, with Easter Egg Hunt.  Meet at the Magdalene Road entrance to the St Lukes campus of the University of Exeter (see map here), and an On Down at the Mount Radford to follow. 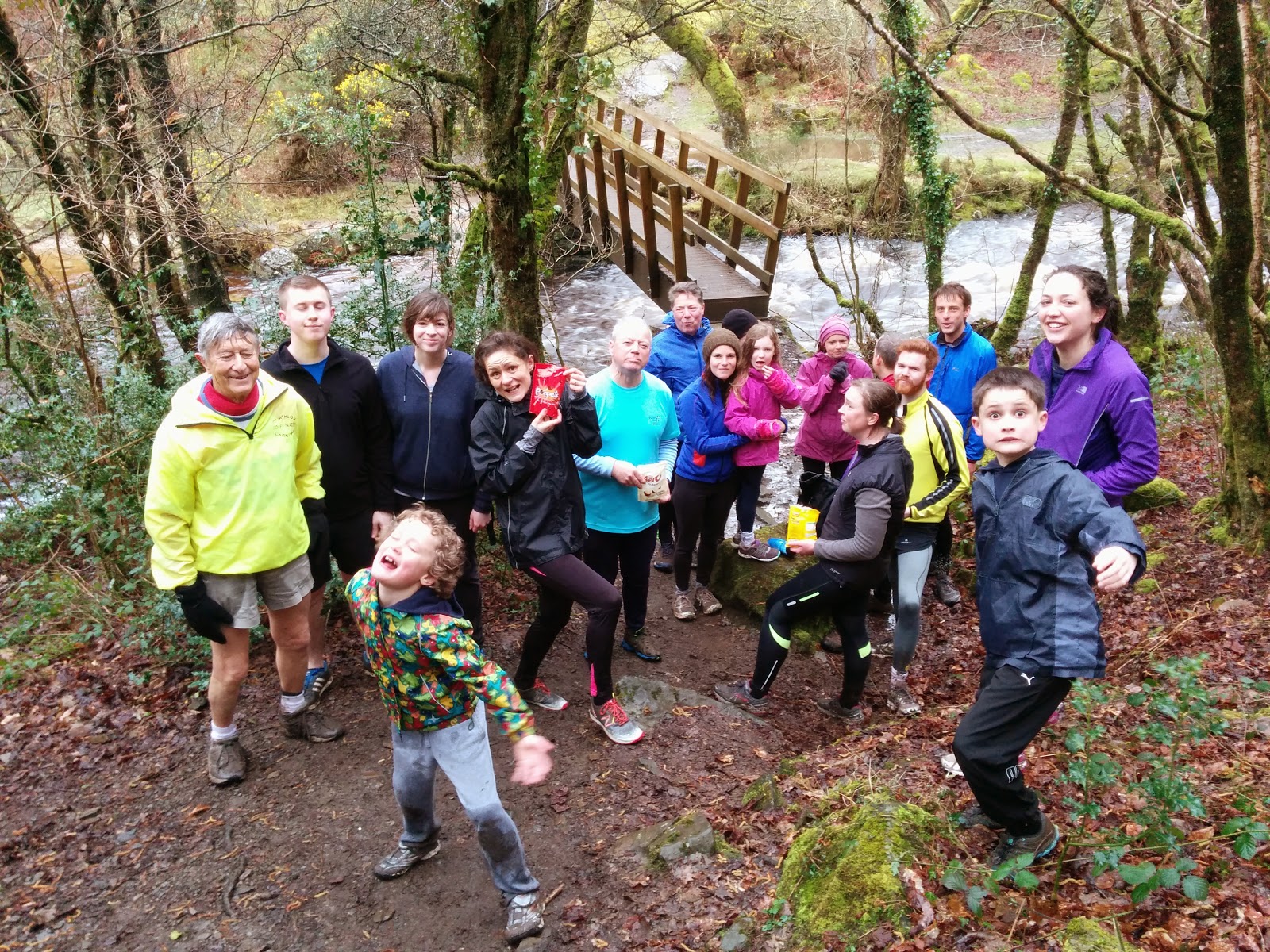