By Alastair Hibbins - March 22, 2015
Well I moaned last week about the temperature, but this week I was too hot!  It was a Spring-like day for Wobbly-bitz's virgin lay.

We circled up in the sun for Wobbly's chalk talk, and there was some confusing information about the second long-short.  I didn't understand it, but I didn't see to suffer any consequences.  I did remember that all the longs were "runners longs", and they weren't wrong!  The hares had forgotten how many road crossings there were... was it one or two??  But Spocky helpfully pointed out that there really must be two!


We headed off down the main track leaving the car park (not through the Castle, of course!) and very quickly found ourselves at the first long short.  And it was certainly a long one, taking us all the way down to a boggy path with a couple of streams to cross, and then all the way back again.  Probably nearly an extra mile just for the long.  Then back on to the main track again, with Oddbitz greeting us with another long-short.  This time there was not much difference in distance, but the longs had the joy of a steep decent, and then an even steeper climb up.   We rejoined the shorts at the model-aeroplane field, for a well-deserved sweetie stop.  There were allsorts, fizzy things, fruit things and jelly bunnies!

With the Castle in sight, it couldn't be a long second half of the trail.  But the longs crossed the road, heading down hill to skirt the edge of the heathland.  And why was it so much colder on this side of the road?  Another long long along a shiggy track, with lots of fish-hooks, before quite a steep climb to rejoin the shorts at a view point.  A few more sweets were enjoyed, and Dobbin and Spocky did some litter picking, with Dobby using Oddbitz's carrier bag with the sweets and his keys!

We were only across the road from the car park, and so deputy sheriff Speedy started proceedings with a fine for Rocky (for falling over three times), and Zoot for arguing with the Sheriff during the trail.  Then 3D filled in as the main Sheriff, but he admitted that he was in a day dream, so didn't have many (one was runner bean!)

Next week's trail is our Sunday Lunch trail at Belstone (map), with a free drink for members at The Tors.  And DON'T FORGET TO RATE THE HASH! 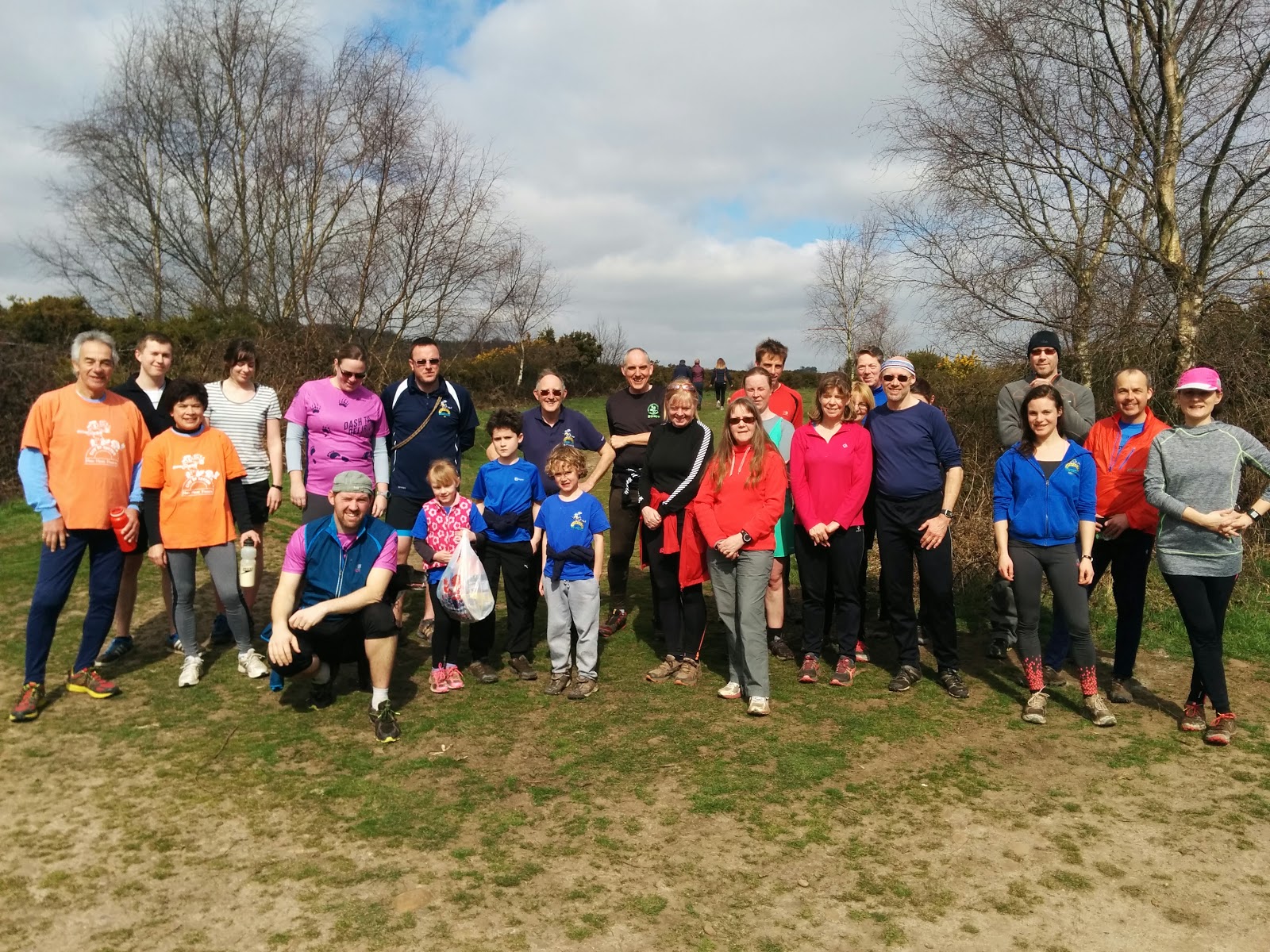