By Alastair Hibbins - March 01, 2015
Being Grizzly Sunday, we were expecting a small turnout. But 17 hashers turned up on this almost warm Sunday morning - obviously those intelligent enough to realise that 20 miles of vertical climbs and pebbly shoreline is a silly idea.  We welcomed back Fruity-bitz who was spending a few days back in Devon before returning to Ireland next week.

We circled up in the layby at Half Moon, and Groucho gave us the Health and Safety information.  He was wearing a bright green top because of a particularly dangerous bit of the trail on the road - so we had to be careful of that.  Plus there was a section of the trail on corrugated iron roof!  And beware of the ponies!  I was beginning to worry that none of us would return alive!
We set off towards the village, along the main road on the grass verge.  Until we came across *that* section of road.  Groucho risked life and limb as he led us in single file along a 50 metre section with on coming traffic approaching at some speed, having to veer into the middle of the road.  Then right, down a steep and muddy track to the first of many, many fish hooks.  All the hash-horrors got there first, and had to return back to the back of the pack.  Then through some shrub land, across the railway line, a bit of road, and lots of muddy tracks - with lots more fish hooks. Since some of the more able runners were missing, it fell to the kids, Swinger, Bollards and I to do most of these!  The ponies however had gone missing, and we were left with only their shiggy field! Soon we were at the regroup and enjoyed midget gems, fruit pastilles and liquorice allsorts.
After the break we continued down a field, and then up again, until we reached Upton Pyne. The last section of the trail took us past the church, round the back of some houses, down through a copse (that featured the corrugated iron roof), along a very cabbagey-smelling field, before crossing the river and railway line as we approached the main road once more. Then a short section along the verge to end up where we began!
We enjoyed crisps, nuts, beer... and for this first time, a girly alcoholic drink called "wine" (albeit Tesco Value in a carton)!  Fruity-bitz and Bollards were particularly keen to taste it (see below) - this week, it was a Rose - and was apparently quite drinkable.
Many enjoyed a drink and food in the bar at Hanlon's, where Oddbitz and I enjoyed a pint of their new ale: Nice Tackle!  Definitely a venue worth returning too. 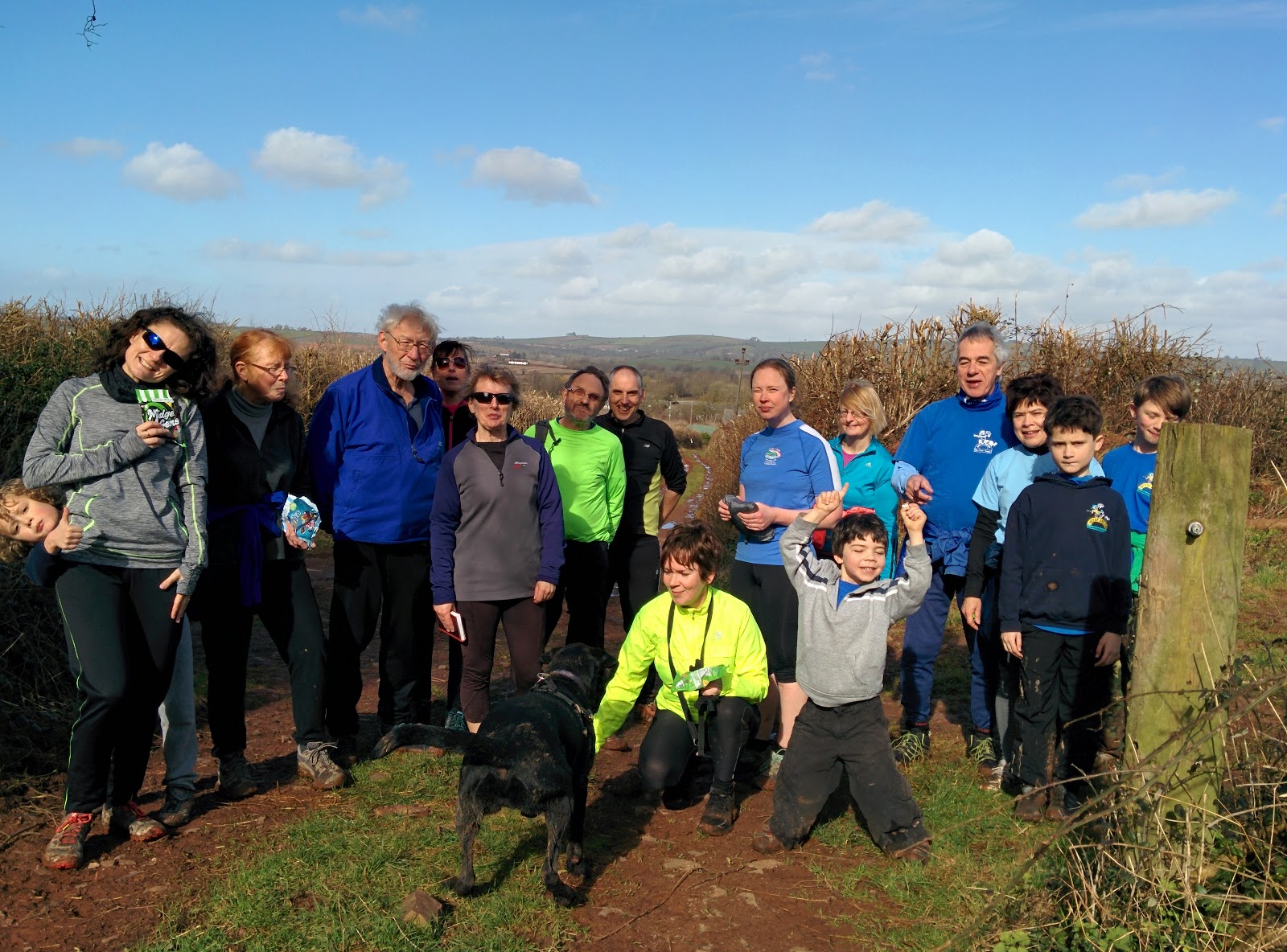