By Alastair Hibbins - April 05, 2015
Bollards and I thought we'd only see 20 hashers at tops on our trail on Easter Sunday, but at last count it stood at 42!  That's what the promise of chocolate does! Speedy and Rocky have swimming lessons at 9 am at St Lukes, so it was an ideal opportunity to lay a city centre run.  We didn't want it to all road, so planned a route visiting all of the nearby parks.  Finishing with the traditional Easter Egg hunt.

Spocky circled up the pack in Groucho's absence.  It was welcome back to Sore Point and Paperwork, after over-wintering at Taunton H3.  It was good to see 3 generations of Peckers, and Wooblybitz's sister and niece too.

The trail started up Magdalene Road, and immediately with a little long for the athletes.  It looped back to the car park: I'd forgotten hat being in sight of the car park during a trail was a sin, and duly paid my fine (I'm not sure about the crate of beer...).

The shorts headed up to the lights, and down towards the Ship and Pelican.  Meanwhile the athletes were already on their second long skirting around the edge of the hospital, and the church.  Then back together again, we crossed the road, past the Windsor Castle (pub!) and into our Heavitree park, where we met a rather pregnant Coffin who was driving around the trail.  Around the edge of the park, and then onto the 3rd Long-Short split.  The Shorts headed straight for the cemetery, while the longs took a detour up to Polsloe Bridge railway station via the second park, Hamlin playing fields.  The sweetie stop (below) was at the dead-centre of Exeter - the cemetery - where Coffin met us again.

We respectively walked across the cemetery (our third "park"), before the final Long-Short split.  The numbers on the Long were now dwindling!  The Easter Egg hunt took place in the fourth and final park, Belmont Park, where Speedy, Bollards and Rocky had earlier hid 18 Easter bunnies.  Sadly no dogs were allowed!!

The final part of the trail took us past the Globe, and up towards the Police Station (where the front 15 found the only fish hook), and then past Waitrose and back into St Lukes.

Easter treats were awarded using a random number generator (which seemed to take fat too long to give a number between 1 and 18).  Son-of-a-bitz one the star prize, with Rocky, Speedy amongst the four who won the runners up prizes (it was not a fix!).  But there was plenty of chocolate for all.  The fines followed, plus naming for Chippy (from the Woodpecker clan), and Spring Forward (Stef) and Fall back (Joe).  Spring Forward benefited from a beer shampoo!

Many of us then retired to the Mount Radford for a pint. 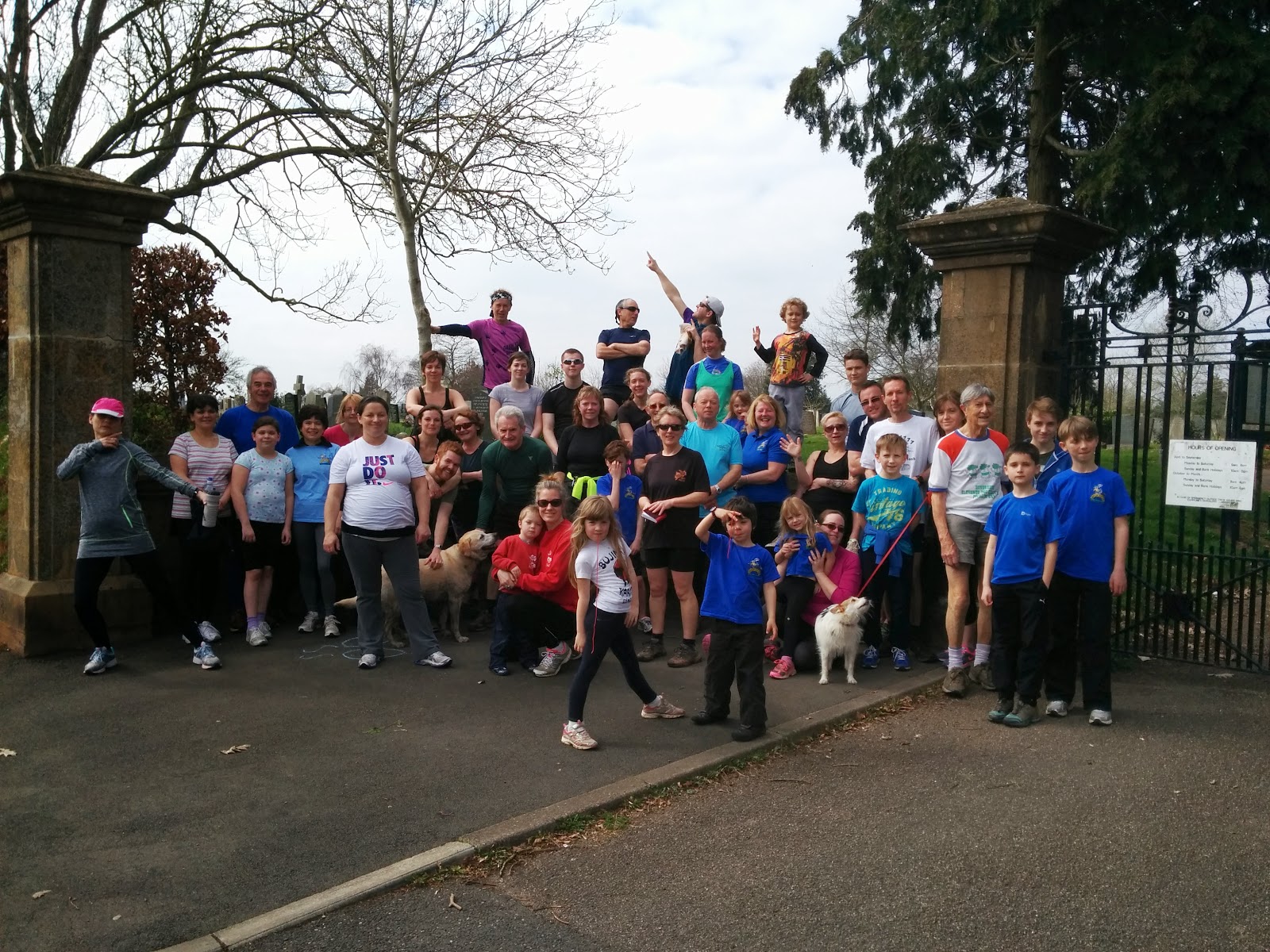