Another good turnout for a summer Sunday hash. It was already busy at Stover by the time we arrived: obviously some 'normal' people do get up and about on a Sunday morning. It was good to see the Plympton lot with us again, plus English Muffin and family, and others (sorry can't remember his name, but had two children with him - one on his back!).

The trail started off in a manner that we would quickly become accustomed too: heading away from the main paths, through the undergrowth. There was an early long-short split, where the longs took a 'path' through the woods, and spotted some rather smelly, phallic fungi - see below for photo! I couldn't get any of the harriets to pose along side it! Then over a slimy fence and up a bank onto the side of the slip-road off the A38. A short run alongside the road, then back down the bank, underneath the pylons, to rejoin the trail at the split point. Then a stretch through the woods, back alongside the A38, before we got to the sweetie stop, where we enjoyed humongous marshmallows besides other tasty treats.

A second long-short soon followed, where Rocky, impressed with his friends short cutting through the trees, decided to try the same thing. He ran straight into a tree, and ended up having to crawl under a branch, by which point the rest of the pack had passed him. There was soon a stream to cross, which had a layer of very smelly mud at the bottom, and which a good part of the pack seemed to avoid. But we were soon on-home, and enjoyed the usual beers and crisps in the car park. Minxy dealt out the fines, which included Paperwork and Bullbait for running around the longs twice having missed the split marking! 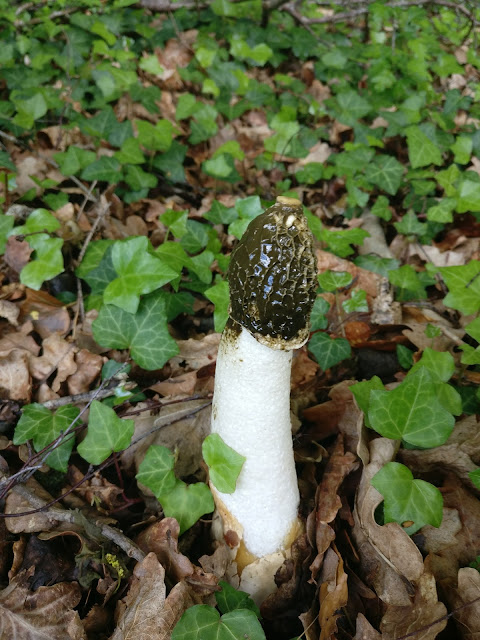 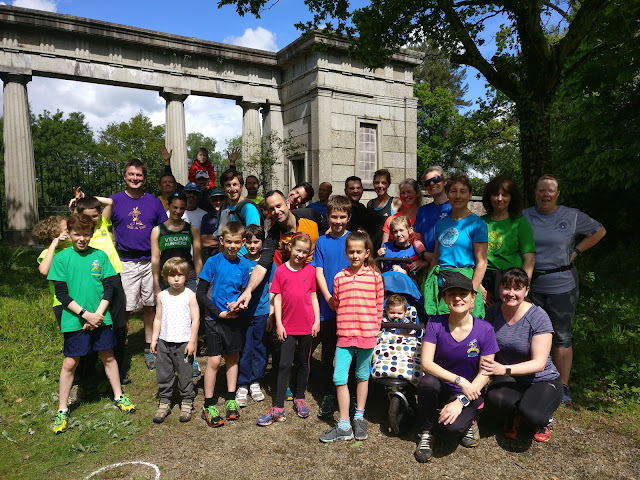 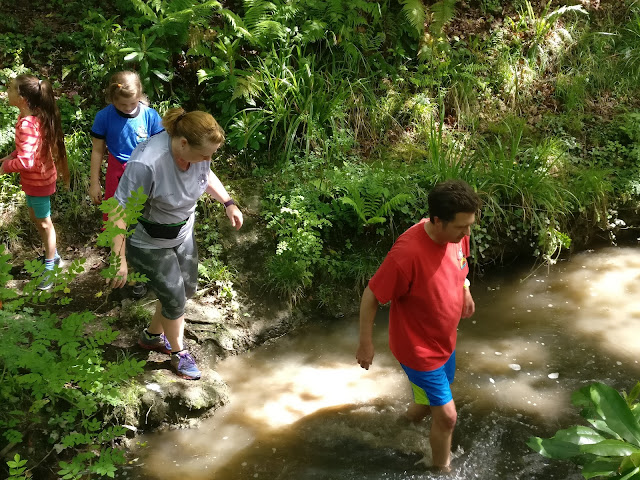