By Alastair Hibbins - May 03, 2020
The theme this week was Summer Holidays, but first it was more important to wish Itzybitz a very happy 12th birthday!
In other news, Boots had managed to drag out his Rocky golden shorts that he with at the Autumn Gathering many years ago.!
Speedy and I had spent the best part of an hour setting up the beach in our living room. The mobile was our web cam, set up as an IP camera so that I could select it in jit.si on my laptop and it was held in a tripod on the foostool on the sofa and zoomed in to the tv. The TV had a beach app loaded on to the fire stick, and the laptop positioned close enough to us so that the microphone was able to pick us up. Anyway, you don't need to know that, but it kind of worked (see below).
The were a few discussions about what we'd all been doing in the last week, and the various types of 'exercise'. Wobbly walked to the seafront where she lost her legs!
Then it was time to talk holidays, and the big reveal from Wide and Tight.  Wide was wearing a dodgy trench coat, not unlike what Woodpecker wore on the Alphington hash back in February (remember when we actually ran hashes??!). But underneath was a rather nice and manly pair of trunks! Tight similarly had a lovely bikini (see below!).
Unfortunately I want quite fast enough to get the hash flash, so it was a bit blurred, but hopefully you can see a few flashers in the second photo below?? (Including Puss joining in the fun!).
I tried to get a bikini film on our TV to add to the atmosphere, but the internet wasnt coping with that. But Wide got 'Bikini car wash' streaming on his phone.  That'll be his exercise done this week?!  I also sent him the photo of myself below, which I think he'll find useful.
On on to next week, when the theme is VE day (not VD day). 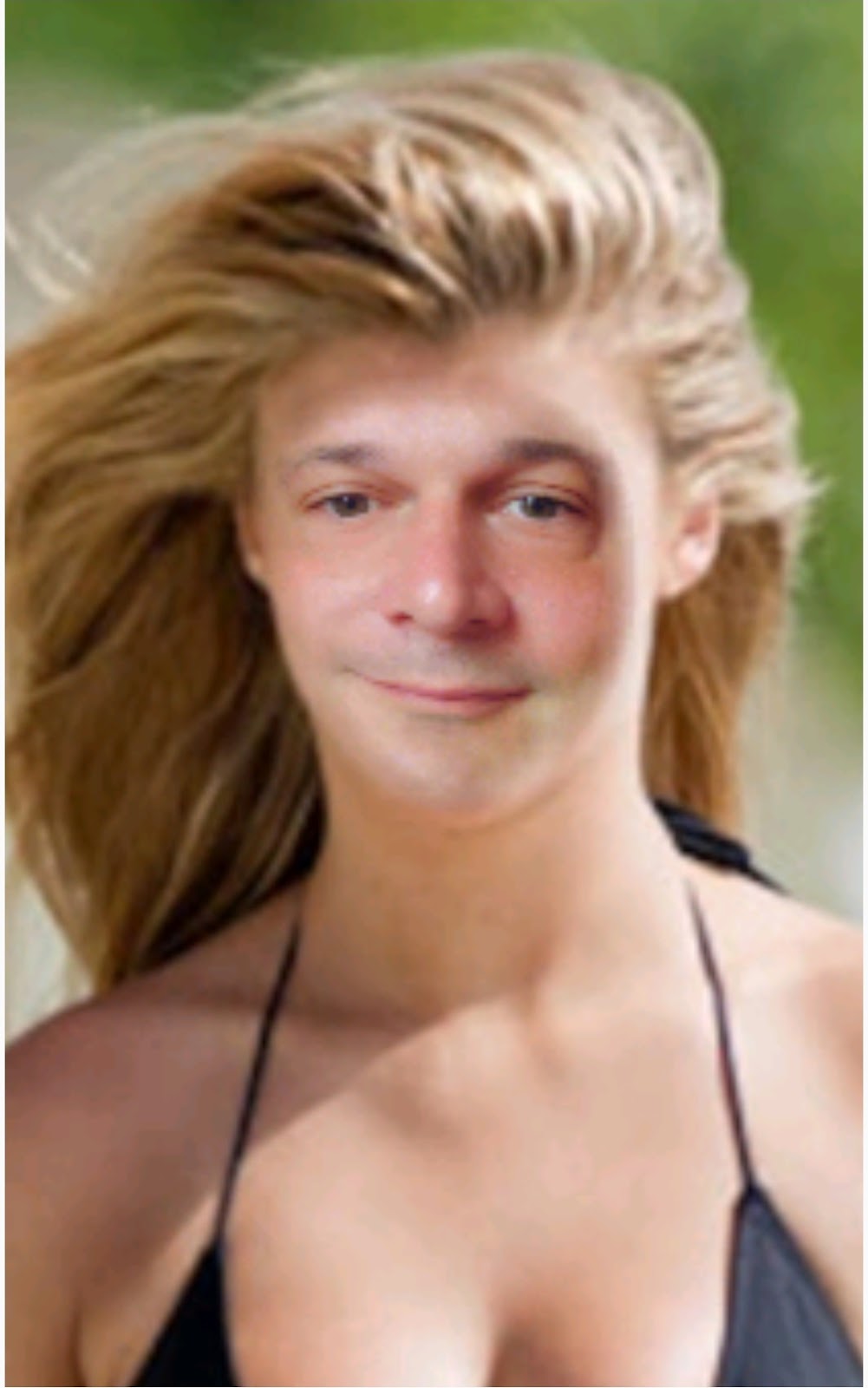 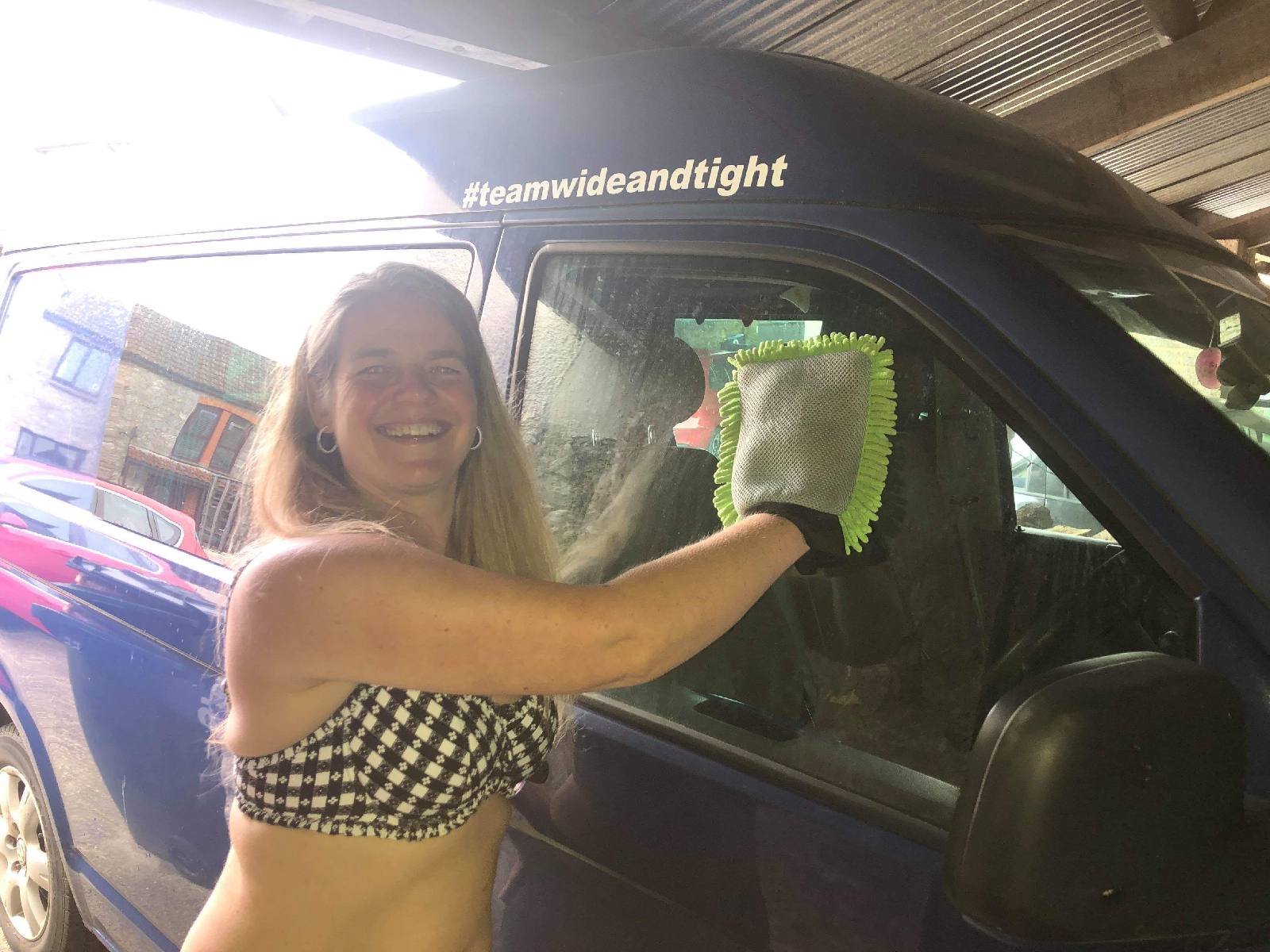