For the first time since 15th March, we've had a hash - remember Wide's trail around Chudleigh? Those were the days when all we had to worry about was indivually wrapped sweets... 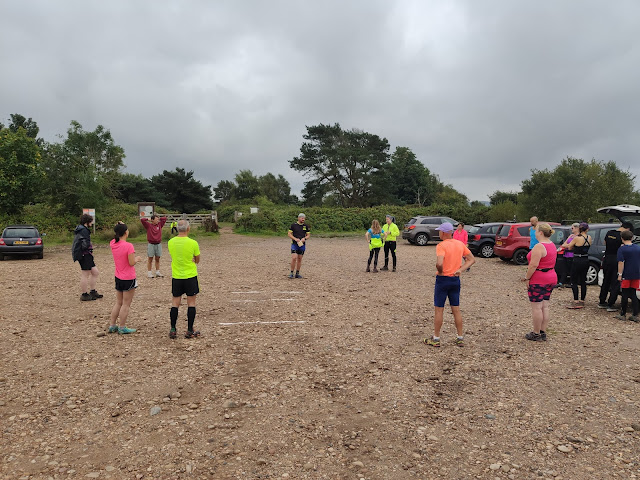 Spocky was our hare, alreasdy claiming it to be the best trail of the year.  But first he explained that he had not changed the nature of the trail from what we normally expect, apart from the fact that there would be no fish-hooks, and that we were to keep a distance of 3 metres from each other during the trail.

We welcomed our visitors, from Hong Kong, Wai Chee Kok and Poon tang - in the UK on holiday with friends for a month. They were obviously fitter than most of us, and their home-hash were celebrating their own 1000th hash last week!

The trail was quite short, but didn't seem it. Everyone moaning about how little they'd done for the last 4 and a half months.  We all had a lot to catch up on during the trail, but it was so difficult to breath, never mind speak. At least the weather was cooler than a week ago!  And there was some shiggy underfoot.

Of course, Tampa turned up late - making a total of 18 of us on trail.  Spocky kept the pack together well (but not too close) with a good number of long shorts, and a good open space for the regroup.  Infact, that was the first time that I saw Tampa! No sweets for (most of) us of course. Actually we were the only ones who'd rememebred to pack some, so I enjoyed my strawberry laces!

Lots of normal people out on the trail - although it could have just been the same family that we ran past mutiple times! Anyway, they seemed very friendly.

And then a socially distanced closing circle - clearly we need to better remind everyone to bring beer and snacks - but Bollards and I enjoyed ours!

In the circle we discussed how well we thought it worked, and it was overwhelmingly positive.  The 3-metre rule was thought not to get in the way of hashing, and was preferred to any system of pods. Tampa has agreed to lay a second trial trail next week using the same 3 metre guidance from Four Firs (Woodbury Common).

For those not on Facebook, these were the comments after the event:

Spocky: "We I think it's safe to say that was a successful trial Hash.Very simple rules: keep 3 meters away from any other hasher that you didn't arrive with. Let the hasher/s in front know if you wish to pass and do so quickly and keeping as much distance that is safely possible. For Hares: No fishhooks or back checks. Try to keep to open areas where possible. Try to avoid gates and styles.
Tampa will be Laying another hash next week to see if it was just my fantastic trail laying."

Tight: "My main concerns before were.

1. If we get put in set groups and have to stay with them, what if I am in a group with very fast runners and can’t keep up.
2. No sweetie stop. As I do like the sweets but more importantly I like the reassurance of making sure everyone is there.
3. If we mess it up it will give hashing a bad name.
What happened.
We could run / walk at our own pace but I could only be closer than 3 metres to Wide.
There was a sweetie stop but without sweets. Yes I did count up everyone even thought I didn’t have a clipboard on me. Stix already had a far more sophisticated track and trace register anyway.
We didn’t mess up, Spocky explained the rules, we all kept to them.
Great to see you all. X

I've updated the Hash Guidelines and Risk Assessment. I have also set up another registration form for next week.

Registration form - please sign up in advance: https://tiny.cc/HashReg (This address is different to the previous one, but will be the same for future weeks) 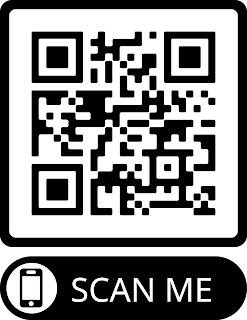 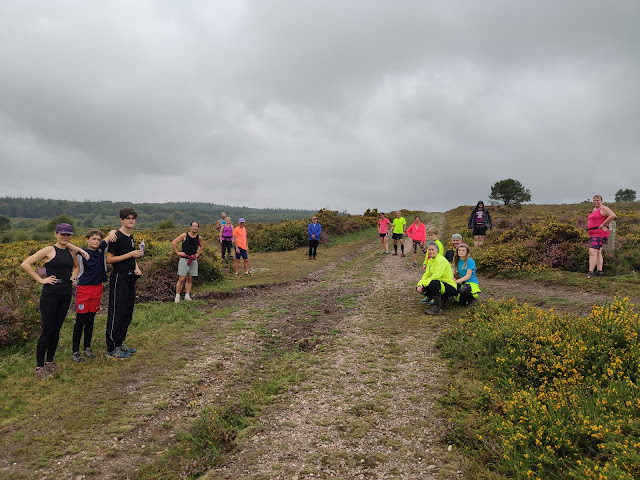 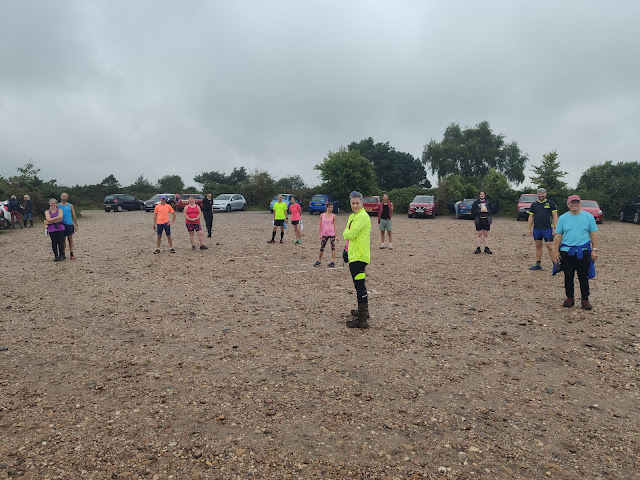