By Alastair Hibbins - September 20, 2020
Nine of us this week on trail, starting from the Kenn Centre in Kennford.
No Bitz's this week. And Tight had a cold 🤧
Bollards was in charge and introduced Stix as the COVID-officer (and hare).
A one and on trail
Stix supplied a bag of sealed packets of sweets distributed on the floor for anyone to carry for the regroup.
A hilly loop for the longs at the start
The shorts headed across the motorway towards the Orange Elephant
Up some steep fields with a fish hook, to the regroup.
The shorts took a short short!
The longs had a few extra miles around the footpaths and lanes of Shillingford Abbot.
Lots of wrong checking by the FRBs!
Woof Woof magically appeared from the hedges!
Howling Wilf got lost.
And an 'interesting' run in along the motorway
There is no trail next week because we don't have a hare (unless there is a volunteer!) And anyway we decided that post COVID lockdown hashes may not be every week until the numbers on trail grow a little. 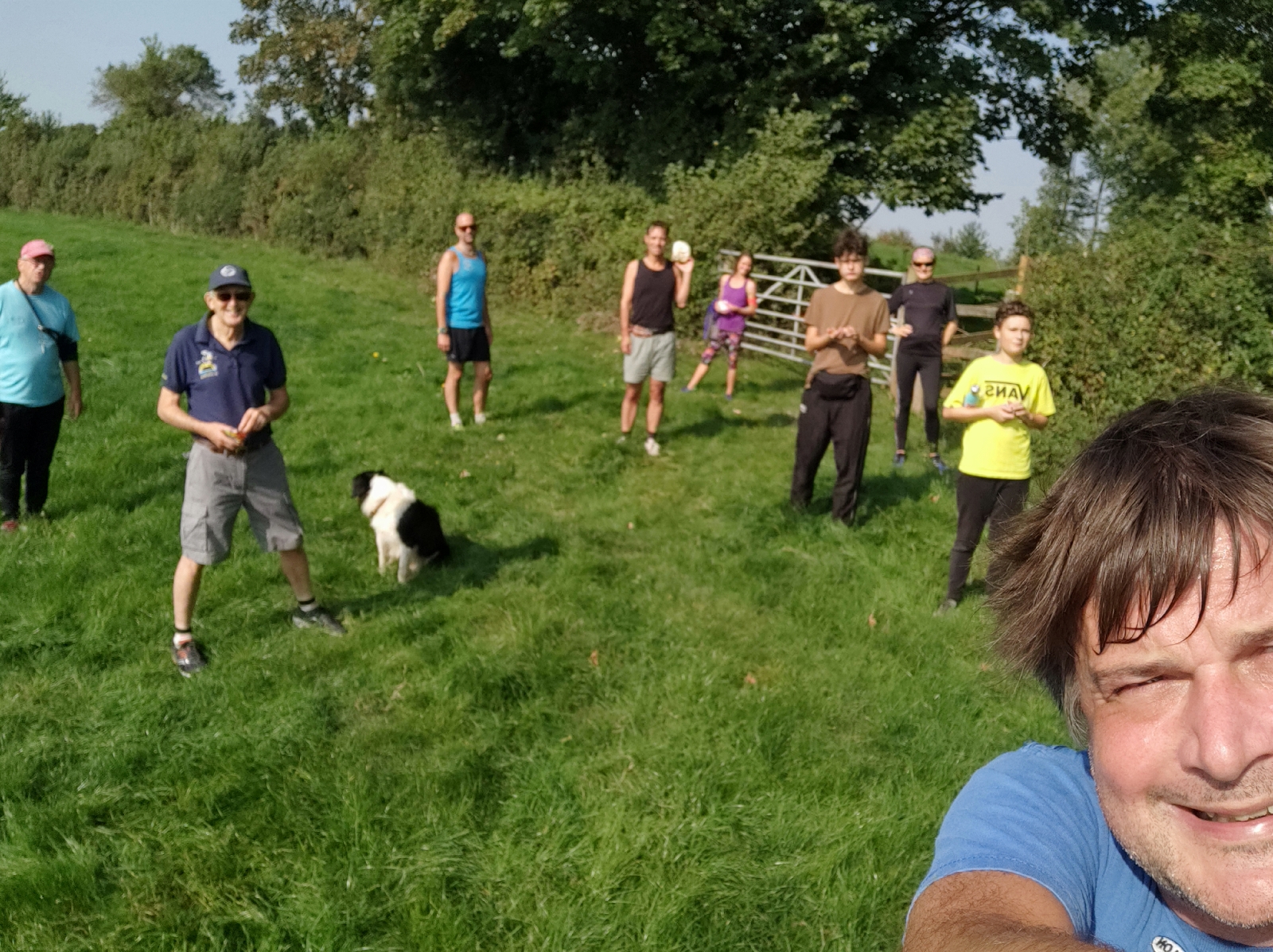