By Alastair Hibbins - May 02, 2021
Another sunny Sunday and another 30+ pack, with our numbers boosted this week by visitors from Plympton. Spocky arrived eventually, having over slept and then been sat just round the corner trying to work out which car park it was. Boots had his awning up and for a minute I thought he was serving refreshments. And rumours were circulating that there were a couple of birthdays this week.
The trail set off through the woods, unsurprisingly, with a loop at the beginning down and back along a relatively flat path. That was the last level part of the trail!
Oddbitz and Wobblybitz seemed to keep appearing after the rest of us had scrambled down and valley side. They just seemed to out for a regular morning walk!!
We were told that the regroup was two thirds of the way round, and it was EXACTLY! 3 miles in, and what turned out to be 1.5 miles to go. It was a NSS, which meant a Nacho Sandwich Stop for Speedy, who'd brought a frozen chicken sandwich which he was defrosting in his bum bag.
But where was Lilo? We shouted and heard a reply. But it was Son of the Bitz who was yelling down drainage pipe!
On on we continued up another hill, and eventually on home.
There was a bit of waiting round at the end until the walkers appeared, but still no Lilo. Although her car was gone so hope she's ok! We sang hashy burpday to H3 and On, and Itzy Bitz, and then Plympton bu**ered off to do a proper trail.
On on to next week when we're at Ashclyst Forest. 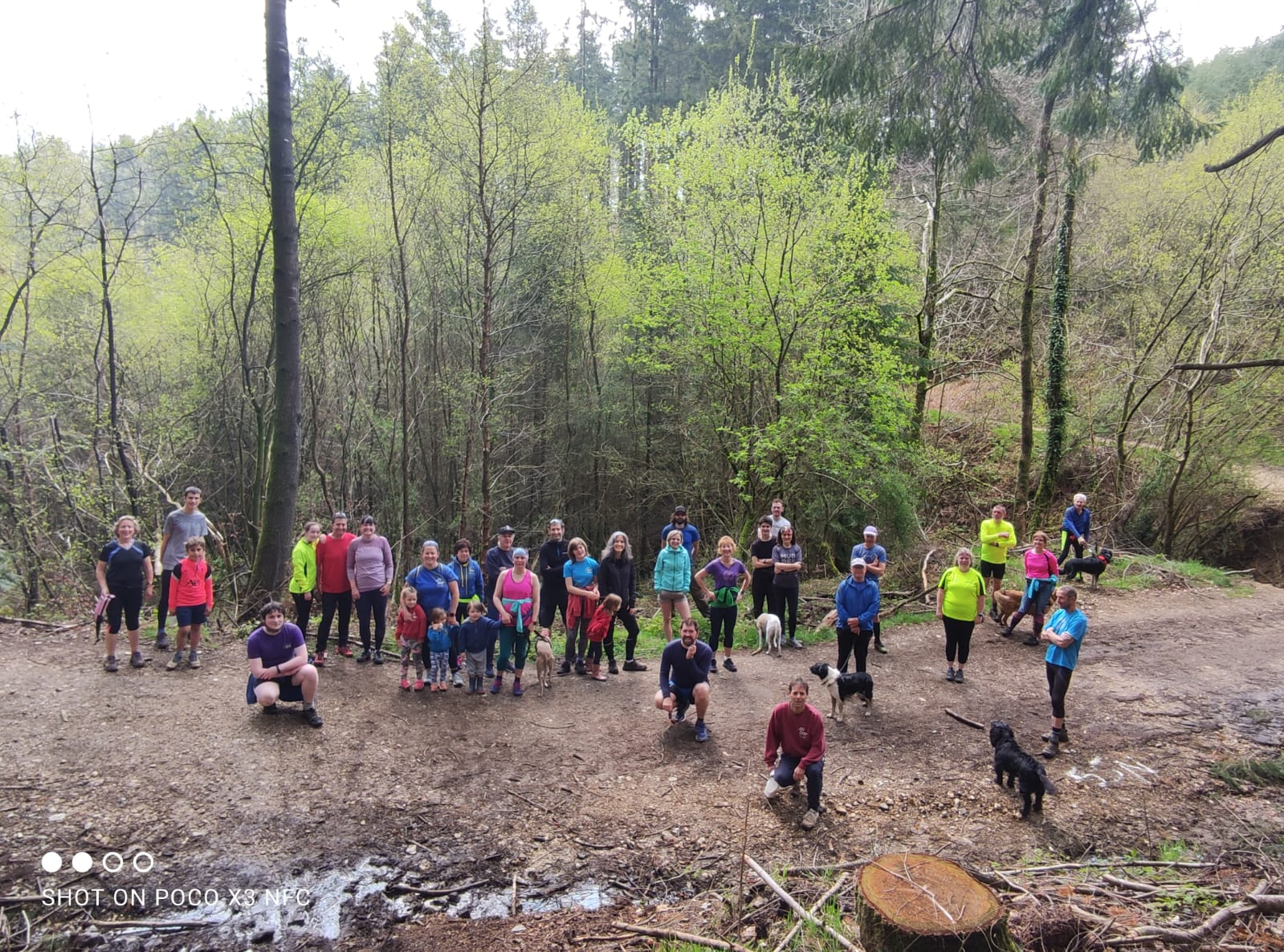 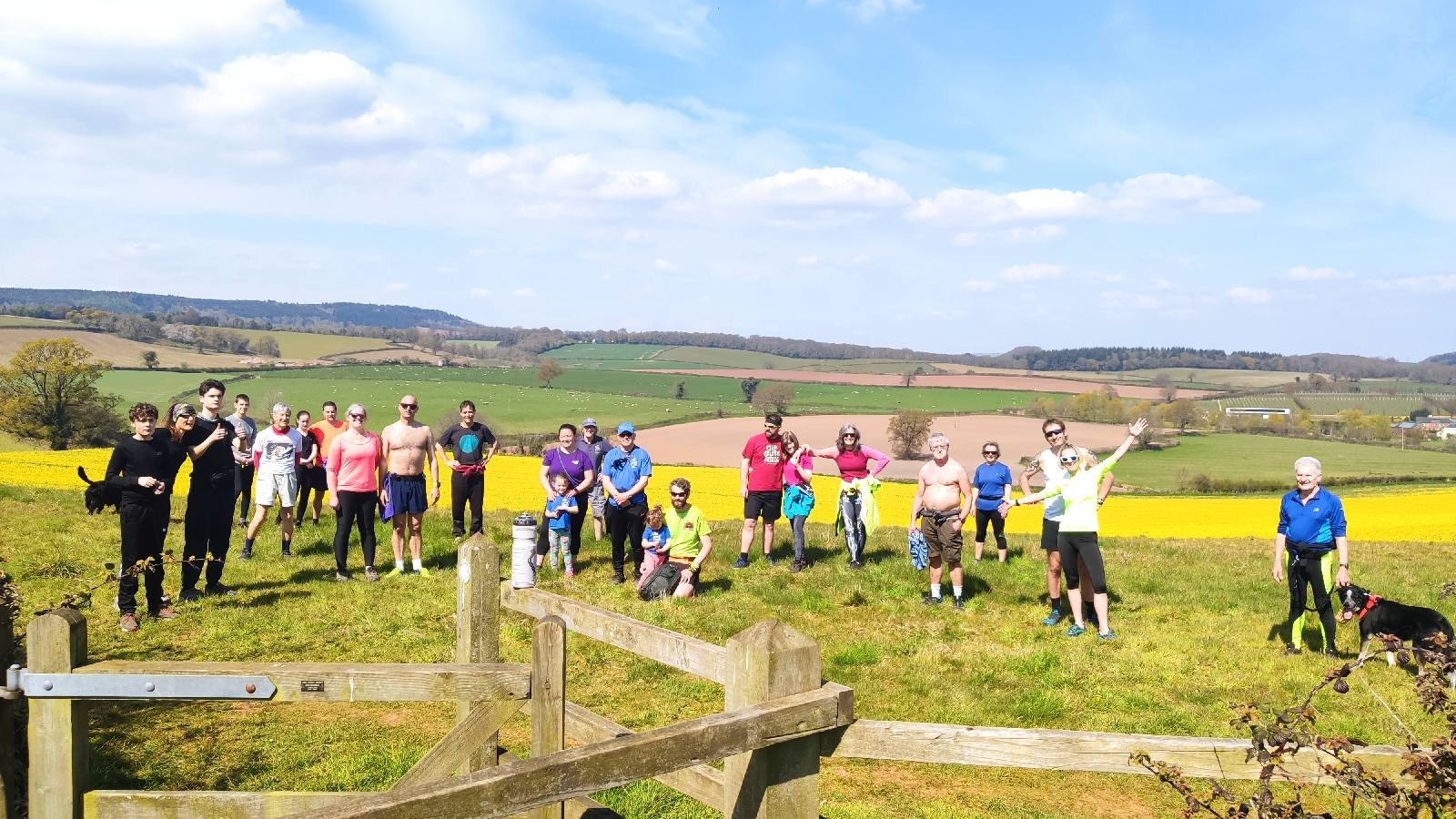 Words by Speedy... Today's run number was 994. It was a lovely sunny day in South Devon. As we arrived at the car park we noticed there was a police officer there we thought we had done something wrong but then we remembered Spocky was coming. Turned out that the police man was a hasher, Chardonnay doing his morning patrol. Definitely raised a few eyebrows amongst the locals when he put his sirens on!! Today we had the normal pack but we were also joined by Bull Bait, Stingray and Splat for the first time in a year. We had a quick run through Kenton village centre before we went up the hill and came to longshort split. The long did a quick loop and came back just before the starting car park. We were warned that it was going to be hilly trail but I didn't think it was going to be this hilly! In the end I was so tired I just had to walk up the hill the good thing about going up hills you eventually get to go downhill which is easy. We then ran to a field full of oilseed rape whi
Keep reading 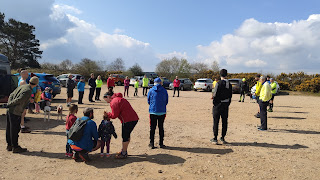 Hello this week it's me speedy writing the words and I'm not actually writing this week I am dictating them using a microphone. So today's run was laid by Spacky at the Joni's cross car park on Woodbury common it was run number 993 which is one more than last week which is 992. Today we were treated by the arrival of Twin Peaks and Mad Max who are practically virgins now due to lockdown. We started in the circle where I asked how long the trail was to which spacky replied an longer than you did last week [he was obviously referencing the fact that I got lost last week] today's was a relatively busy hash with 29 different hashers turning up so the biggest numbers we've had in a while but then it is typically quite busy at this time of year. The trial started with a quick loop followed by a long short split. After loopy start we eventually got two a very interesting bridge which some people struggled to cross because it's very narrow don't personally blam
Keep reading 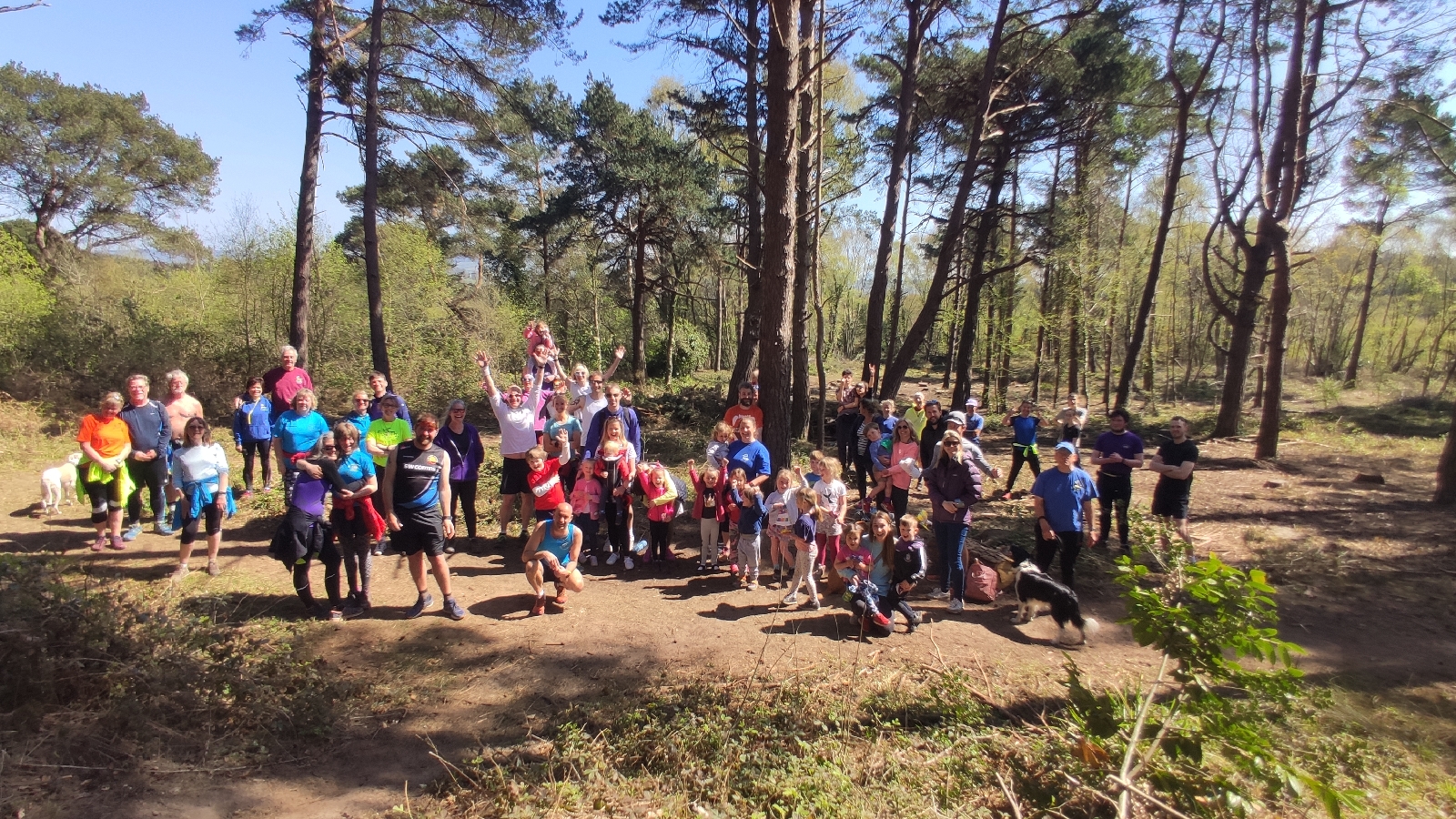 It's Annabel's birthday, and all her friends came out to celebrate. 52 of them on today's trail! Probably our biggest turnout in recent times, although there were many newcomers, mostly the parents of Annabel's friends. But the 'normal' hash residents were out in force too, on a amazing Sunday morning. There was a long and short, and a birthday trail, reserved for the smaller ones (not Twin Peaks) and their mums and dads. Since we all met up for the regroup, that meant we really didn't stray very far from the car park, yet it seemed that I was completely disorientated for most of the trail.  Lots of long loops to give the runners a stretch, which kept the pack together nicely. First we headed down to Squabmoor, Then across the top and heading back via Frying Pans, before a sweetie stop not far (as the crow flies) from home. At the closing (safety) circle, Annabel got her birthday down down, and we sang her hashy burpday in the usual style. I'm sure all t
Keep reading