By Alastair Hibbins - December 28, 2014
The coldest day of the year, apparently, but at least it was sunny!  A pack of 25 turned up at the Warren Car Park for Tampa's nearly-3-mile jaunt across Woodbury Common, including the entire Woodpecker family.


The trail started with a check, and despite some confusing information about where the it may (or may not) head, the pack soon found the marks taking them down the track towards the woods.  The longs took a loop alongside said woods, and then backtracked through the trees to rejoin the longs and the split.

Up until now, we had been rather sheltered on the r*n, but the trail took us uphill, along a more exposed path with excellent views on such a superb day.  Tampa suspiciously waited at a junction, and even encouraged Rocky to stay with him (who refused!), while most of the running pack continued along the path.  They were returning along their tracks, as we spotted the walkers ahead.  Apparently they had been hiding in the bushes while the rest of us ran past.  We headed towards the sweetie stop which was alongside the military, fenced off part of the common, and then learnt that Groucho had been so far ahead earlier on the trail, that he had managed to miss out a large part of the route.

The sweets were enjoyed by all, and "Somit-else", an Isca H3 hasher from 12 or more years ago, introduced himself to us.  He had seen us hashing while taking a walk.

The trail continued until the next junction, where there was another long-short.  This time, the long was just a back check at the bottom of a hill, so we rejoined the short and soon found ourselves on home.

No fines this week, and no need to vote.  That all begins again next week - 4th January, at Deepway Green in Exminster.  To get to Deepway Green take the turning between the Primary School and Tescos (which is a left hand turn if driving from Exeter). 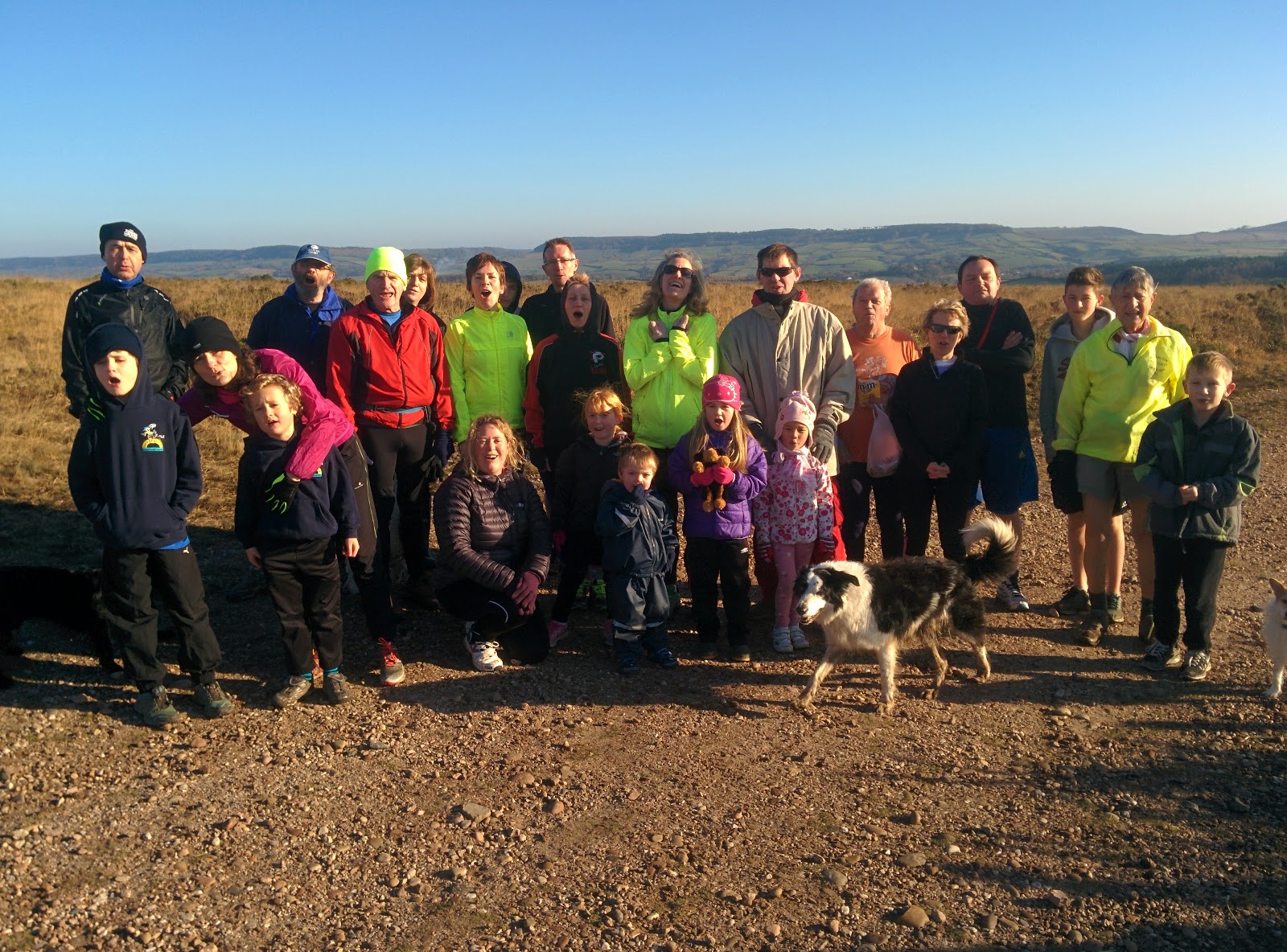