By Alastair Hibbins - February 15, 2015
Mud, mud and more mud, but what else would you expect from an Ashclyst Forest trail?  It was noted that the Taunton Hashers arrived, at least, on time and the majority of them early; an unknown phenomenon for City of Exeter, but there were only a few of us anyway.  Minxy had forgotten to bring a change of shoes for her clan and faced the prospect of going back to the pub in bare feet, not that they would have been any cleaner judging by the state of mine.

The trail wound around Ashclyst Forest with a number of long/short splits.  Many people slipped over or lost shoes in the mud on trail, but Speedy managed to lose a tooth at the sweetie stop.  Oh the drama!  But, through the tears, he still managed to shovel a few more sweets in before taking a short cut home with the walkers.
For the rest of the pack there was more of the same; climbing through trees, getting poked in the eye by twigs and general difficulty in remaining upright at times.  Thankfully everyone made it back to the cars safely.

On On to Little Haldon near Teignmouth next week, hared by the D's (map). And don't forget to Rate the Hash! 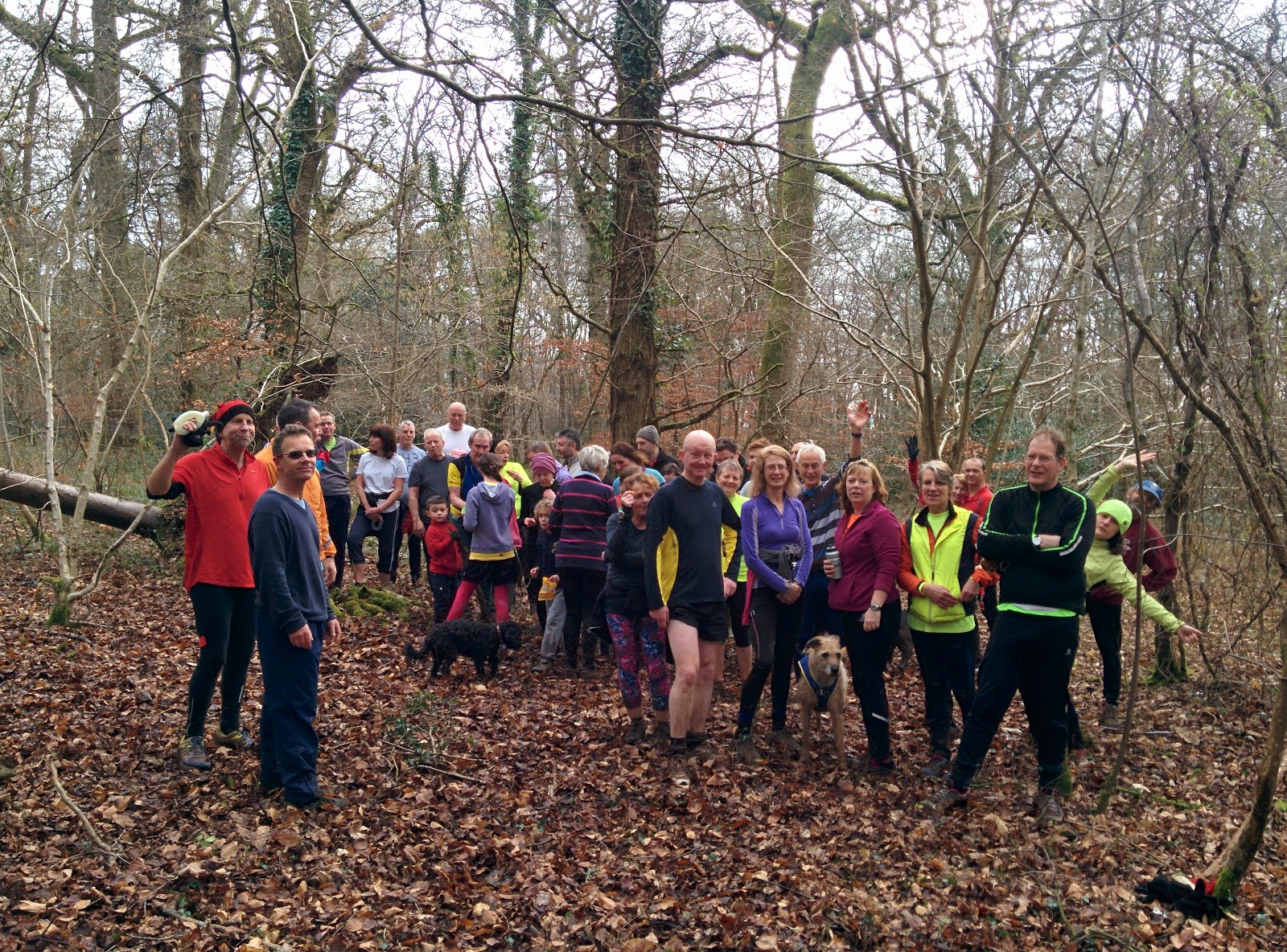