By Alastair Hibbins - February 01, 2015
What a great hash laid by Spocky.  It was a hash with strong winds,and we were accompanied along much of the route with "proper" runners from the Fulford 5.  The organisers should really have checked the date before booking it up - its not good for their moral to have hashers showing them up.  Spocky promised that it wasn't his longest trail, but it wasn't his shortest either.
There were lots of long/shorts, with one at the very start.  We went on the long and carried on running up and on to a path where we went up some stairs.  We rejoined the "proper" runners, and managed to confuse them as first we decided to run the opposite way to them, but then realising that the check had been kicked out the other way, so we all performed an about turn! We then passed the long-short split mark again - a big loop!  It was obviously quite a long long because poor old Rocky had a stitch and started to moan. Soon we came to a lovely sweet stop full with strawberry lasers and banana things.  We all played on the stumps, where we got leg tied, and then went on to the climbing frame for the hash flash.  Son-of-the-bitz, showing no fear, decided to jump down the pole, disappearing from X-bitz's sight.... but he was fine - not even a tear.  We then returned, via another long short, along the beach where it was very windy and hard to run.
When we got back, there were a few fines, including Swinger child-scaring.  Then On-Inn to the Bath House for lunch.
On On to Blobby's House in Alphington next week (at Westcombe, see map).  And don't forget to RATE THE HASH
On On
Speedy and Stix 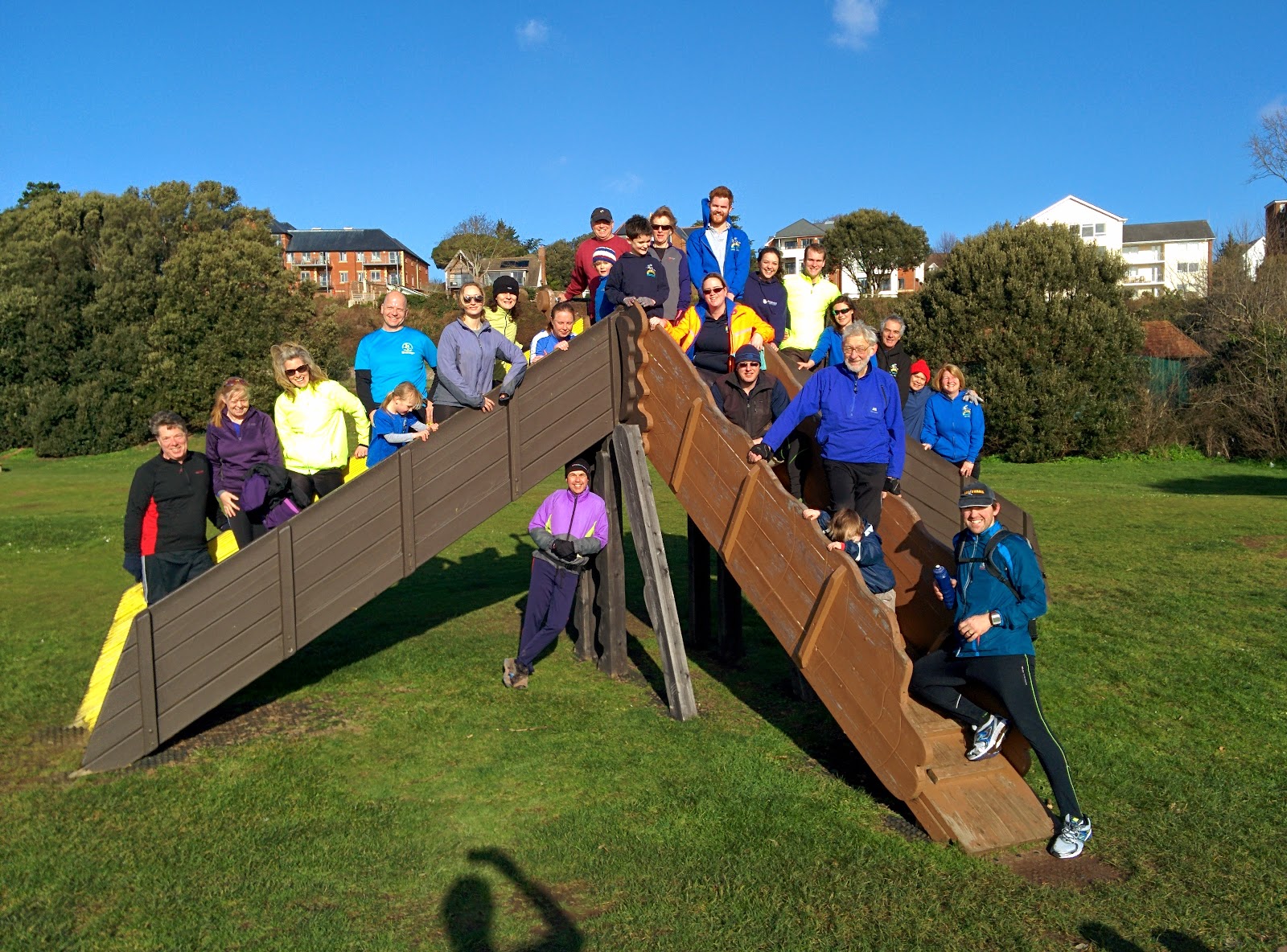