By Alastair Hibbins - April 10, 2016
This was a muddy hash, and attempts to avoid the shiggy soon proved futile.  The state of the hares' trainers at the start were a big clue to what was to come.  However the white stains down the front of Mouthful's trousers were obviously a secret to be kept between themselves.  It was a big pack too, although there were rumours that No Butt had been paying people to come!

This was certainly a trail where knowing where you were was NOT an advantage.  We immediately left the main path, instead winding through the woods.  While there were stretches on the main, straight paths and the Templer Way itself, more often the hares had found some wet and muddy trail.  It was cold throughout, and they managed to pick the windiest point for the sweetie stop.  But the "funny worms" were gratefully received.  Plenty of fish hooks, and short cuts for the walkers too.
A beautifully timed trail - back to the car park in just over an hour, although we were waiting for a while for the walkers to find their way home!  But we were happy chatting, drinking, eating and getting very cold!
Next week we're in Kenton.  Either park in the car park at the triangle in the centre of the village (map is here), or on the nearby roads, or at the Victory Hall (which is on the Starcross side of the village on the left, 4 minutes walk away).  A table is booked for 15 for Sunday Lunch (£6/£8) at The Dolphin Inn.  Please email Stix (alastair.hibbins@gmail.com) if you want to come.  Please don't forget to RATE THE HASH this week - the votes will be counted and prizes awarded at the 2016 Christmas Party. 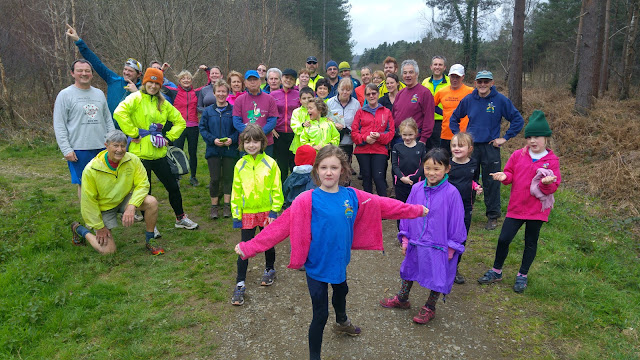