By Alastair Hibbins - June 12, 2016
The hash missed out on an inflatable hash last year, but it was back with a vengeance this weekend - thanks to Strapo and Swampy.  We met in Tipton St John, and there was the usual rush to pump up the inflatables.  There was also the a raft of innuendos about pumping too hard, getting the end in the right place... and so on.  Some had to pump manually, while others had electric aids!  Spocky, as usual won, the prize for the biggest inflatable - a double air mattress is quite an object to hash with!

The trail took us upstream towards the footbridge and the old mill, along a narrow path with holly and barbed wire - not particularly suited to carrying our lilos, rings and fish.  I'm not sure whether Rocky popped his dragon along here or not, but it was looking very limp by the time we came out into the open again.  Then across the bridge and continued upstream to a beachy area where there was a regroup.  To the disappointment of the kids, there was no time to go paddling, and we quickly headed away from the river and back downstream.  Along side the sewage works (or water treatment facility as it now seems to be called!), where I apparently went through a cross, and onto the road all the way back to the village.


The sweetie stop was just a few yards from where we started, but of course the trail wasn't over.  We continued a bit further down stream, and then into the river.  Soon it started to rain!  I'll let the photos tell the story from there on!

We stayed in the water all the way, underneath the old railway bridge, until the edge of the scout field.  Strapo was already cooking away, but we had another 1/2 mile to go.  Up onto the road, and then back into the village.

Unfortunately there were a couple of really heavy showers once we had all driven back up to the scout field.  But luckily the scouts had left the large tent up from the camp last weekend.  Beers and burgers were enjoyed by all, and the sun came out in the end too.

Don't forget to Rate the Hash - the hare who scores the highest marks will win a prize at the Xmas meal.

Next week we're at Dane's Wood, near Killerton - a map is here. 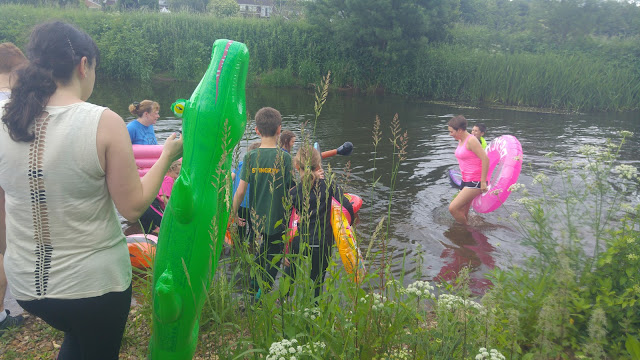 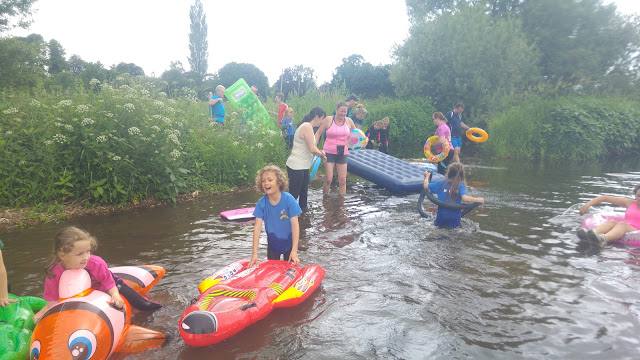 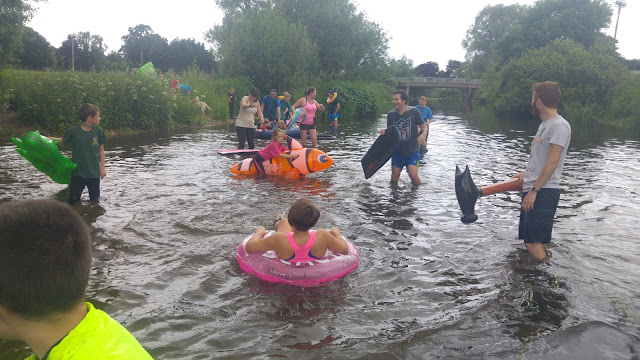 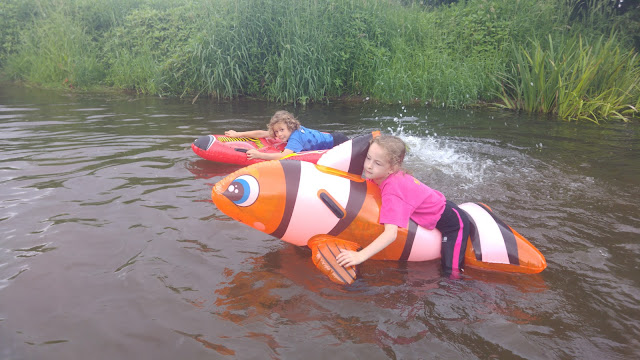 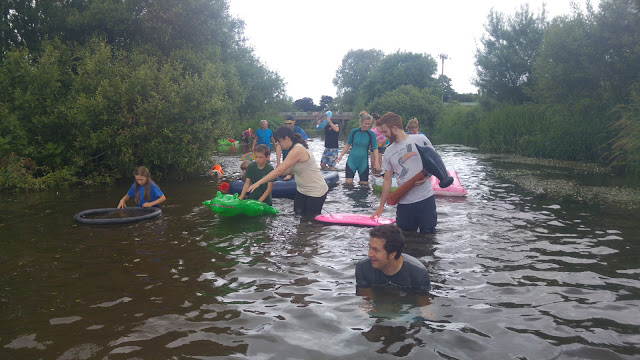 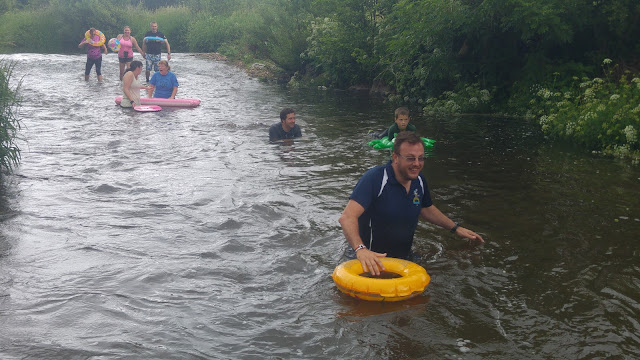 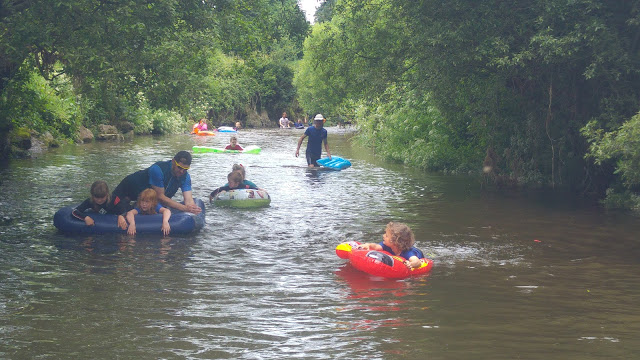 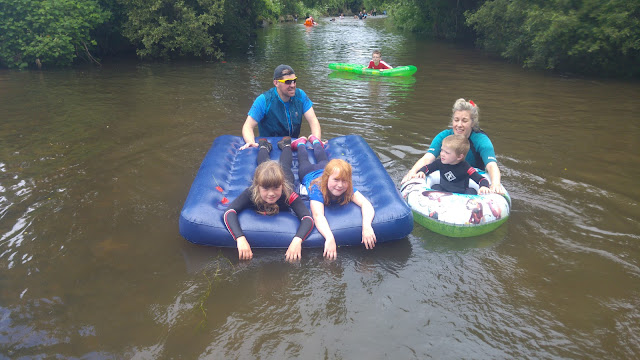 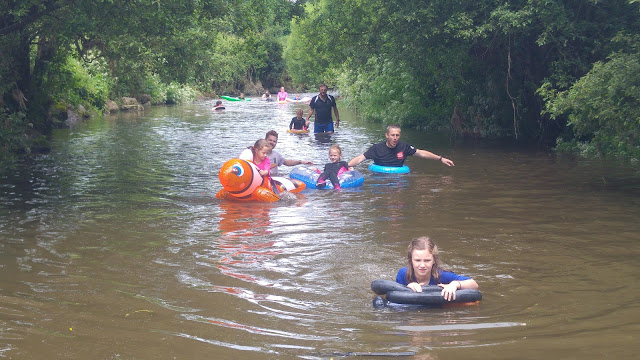 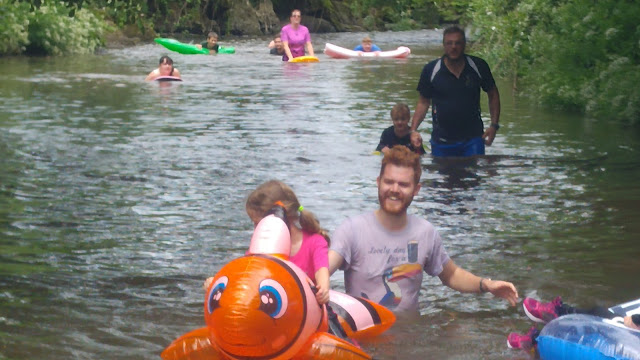 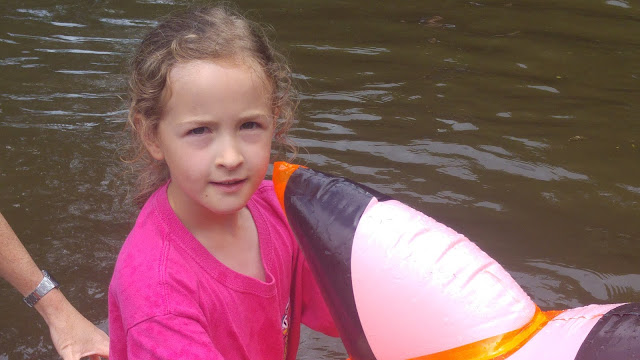 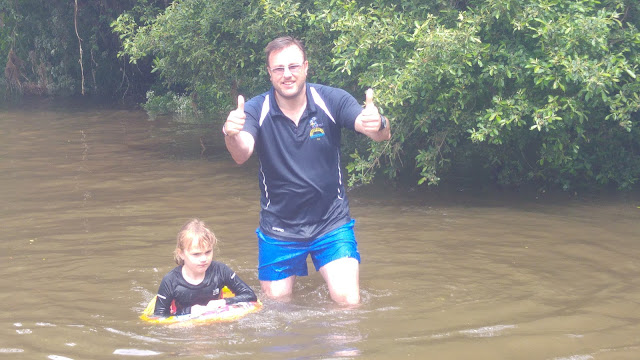 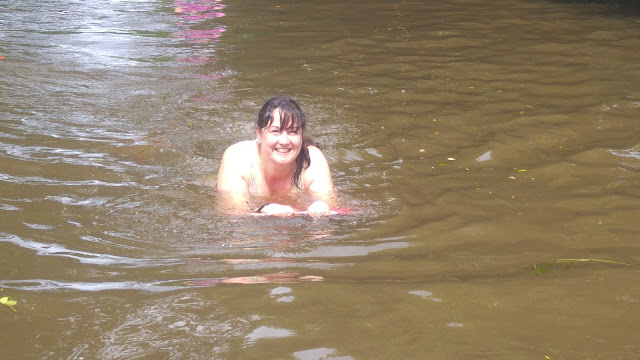 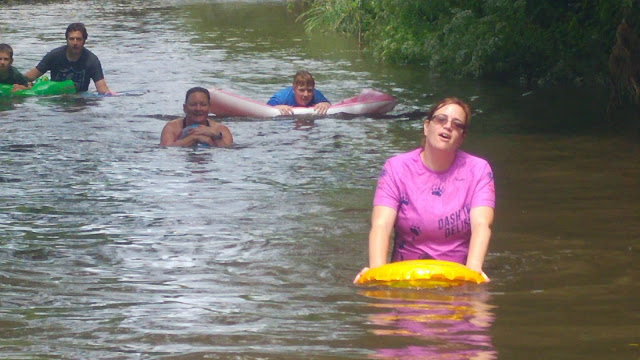 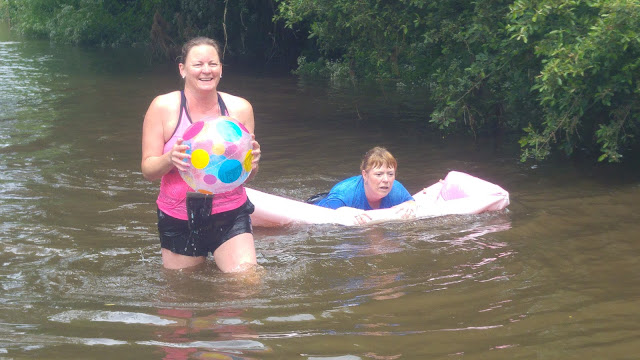 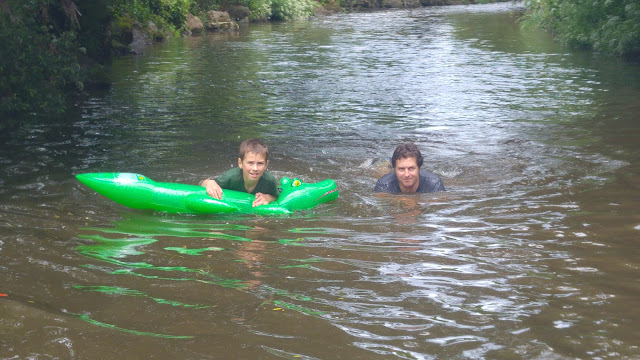 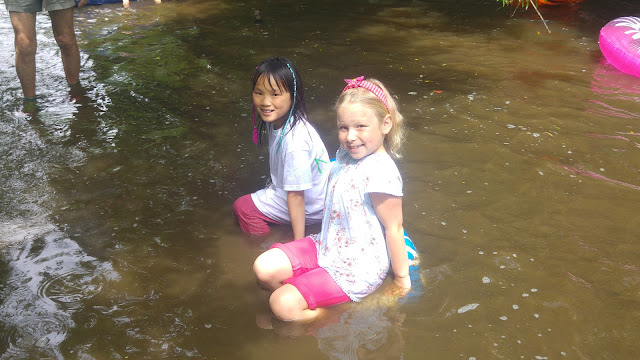