By Alastair Hibbins - January 08, 2017
Second trail of the year, and an excellent turn out up on the Common.  The boys told me off for speeding on the journey to the hash as we tried to catch up with Bullbait and family who we could see ahead. It turns out that Childcatcher was at the wheel - they may well have been speeding because I couldn't make up much ground!

After a bit of splashing in the puddles from the kids, the pack formed into a rather bad circle, with a big gap around Strapo and Swampy, our hares.  Not sure why!  Spocky tried to get us into a better order, and gave a good team-talk about a 'new year, new regime' - with 20p fines (!), and how we were about to enjoy the 2nd best of the year.   We were also encouraged to feel sympathetic for him, as he was unwell. He was not the only one - Swampy had a cold, but Strapo was raring to go!
It was a trail with lots of long-shorts, some of which were a bit off-piste, through the marshes and lots of shiggy.  As always with the common, there were streams, woods and gorse.  I made the mistake of calling the pack to a check, and it turned out to be a wet ring on a stump (sounds rude!) reflecting the white clouds from above.  Very confusing for me because it disappeared when looking back at it from the other direction!  As we continued, the trail took us past different bits of the Marines' assault course, and the kids were disappointed that all the sumps were locked off.  Then the sweety stop after about a mile and a half - but Rocky wasn't allowed any because he'd forgotten to clean his teeth AGAIN!  Actually, he did eat one, and Bollards had THAT face on as she told him off, and then he wasn't allowed crisps in the circle (how cruel!).  No-name 'Janet' took the hash flash, so I made a rare appearance!
We bumped into Boots on the trail that followed, who was up on the Common for some two-wheeled activity, and then a second round of splashing started, with Damp Patch ending up rather 'Damp' thanks to Stingray.
Not too many fines this week - clearly our hare nervous about sparking protests over the doubling to 20p.  I got one for false-calling, Brains for arriving late and disappearing, No Butt for going for a wee, Child Catcher for her bruised knees, and Blobby for admitting his fetish for high heels.  Groucho offered us all mince pies, and a surprising amount of alcohol was drunk given the expected 'dry' January!
Please don't forget to Rate the Hash.  Also remember that subs are now due - you can pay online here via Paypal or debit/credit card, or with cash/cheque direct to Spocky.
Next week, we're at Forest Gate Car Park, Ashclyst Forest (map). 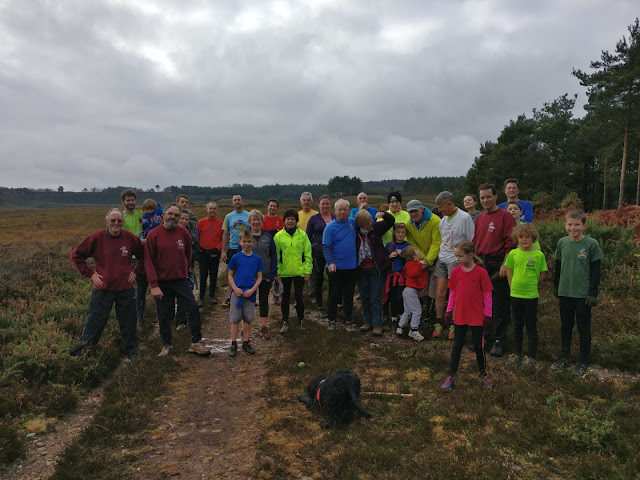