Last week, someone left behind a grey lightly checked T-shirt of a silk-like material by the poolside. If they please let Woodpecker know, he will hand over ASAP.

[words by Bollards] It was the biggest turnout for a hash in a long time. No Butt and Mouthful, Swampy and Strapo and others made a welcome return. Fresh(ish) from the fight (it was over a week ago), Holeinone and numerous helpers had laid a 2 and on trail, with 2 long-short splits, although they had got a bit lost. However, the pack seemed to remain together remarkably well, despite the heat.
The long had a gentle downhill start, which seemed to go on for ages (worryingly). We re-joined the short and before long found ourselves heading downhill again on another split. This time we had to climb up through woods and a fern covered bank which was tiring, but fortunately it leveled out again and we weren’t far from the sweetie stop.
There were plenty of sweets on offer and they were needed as most of the pack felt exhausted, despite only having covered a couple of miles.
The trail continued through a shady section of wood and before long we found ourselves back at the first long/short split again, which we took to mean that we were nearly home, unless we wanted to go round again. Soon we were back at the car park. Everyone was grateful for the reasonable length trail on such a hot day.
There were various fines for nerd naming, dodgy conversations, birthdays and new shoes. 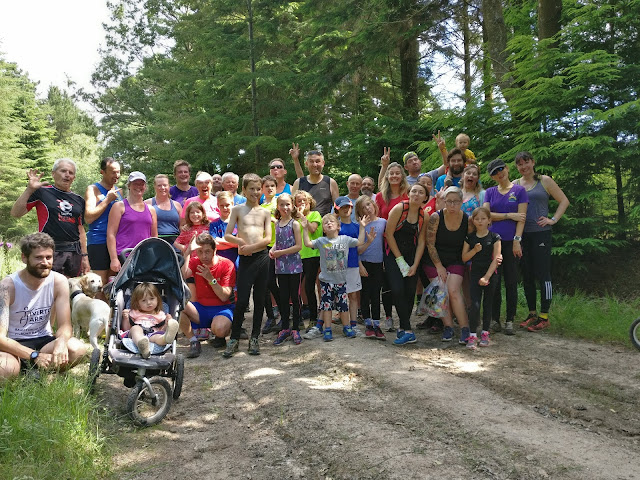 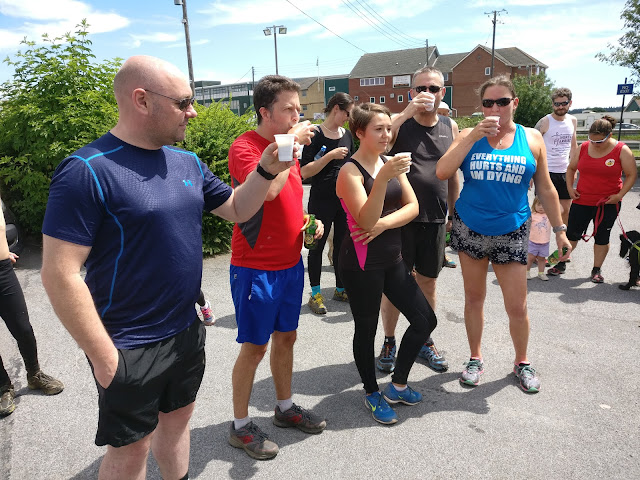