By Alastair Hibbins - September 17, 2017
[Words by Bollards] Woody explained that there were no long/short splits on the hash this week because it had been thundering when she laid it.  Clannaborough Cross is quite an exposed location, so I really didn't blame her for not wanting to be a lightning conductor.  We had a quick lesson on check-backs, as Woody did them just a little differently from what we are used to; with an extra dot to indicate which side to check on.  (Must be a Kirton thing).
There was slight confusion at the start when most of the pack found the walkers trail, but Woody quickly called us on in the right direction and we started heading uphill.  Woodpecker joined us at this point as he'd managed to drive up someone's drive on route and was a little late arriving, but he managed to catch up without too much difficulty.
The pace was slow due to the terrain; consisting largely of gorse, with the occasional path.  Woody's sawdust marks had lasted remarkably well considering the amount of livestock around who had been rather interested in it yesterday.  Woody admitted that the trail was largely dictated by the location of the cows as she didn't want to get too near them.
Once we'd reached the top of the hill (or as far up as we were going) we crossed a stream and eventually reached the sweetie stop.  The views were spectacular, so we paused awhile to admire them.
The remainder of the trail was, as expected, downhill.  We reached a river crossing with some very slippery rocks.  There were a number of fallers, including Strapo who did a spectacular slide down the middle of the river, but managed to halt himself before ending up in the pool where some of the most hardy hashers (Wide Receiver, Mouthful and Bull Bait) had decided to have a little swim.  The remainder of the pack gingerly crossed behind a rock helped by Mad Max.
It was a short run back to the cars from here, where there were the usual fines in the closing circle, including down downs for new shoes. 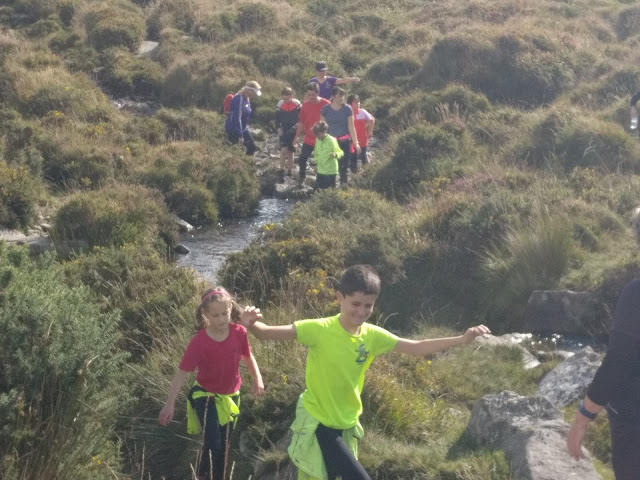 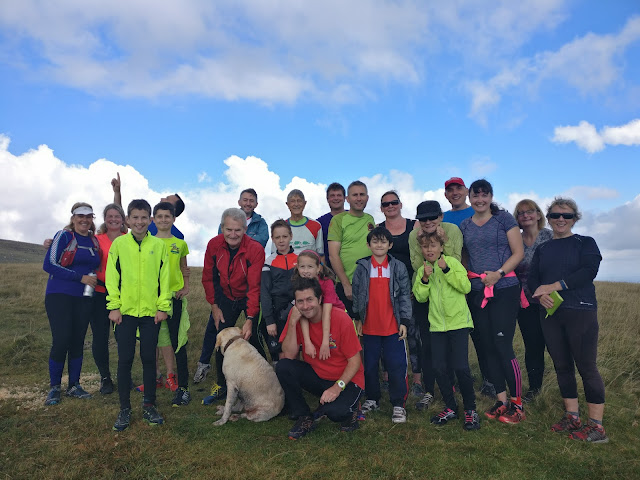 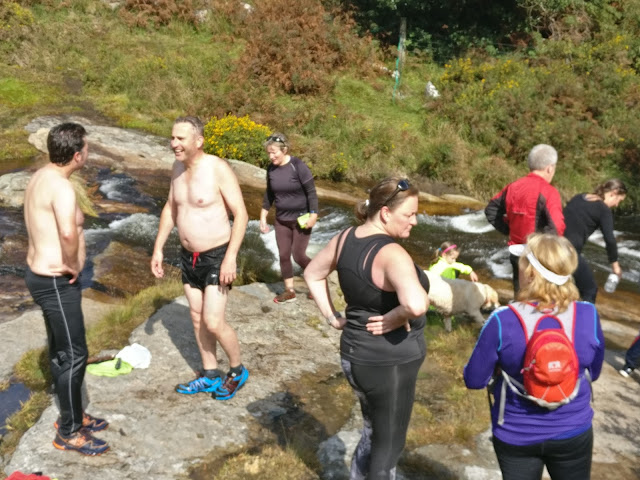 And even more photos from Wide Receiver... 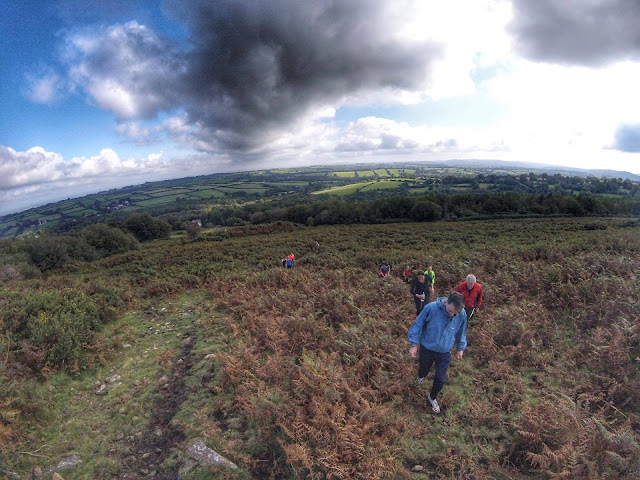 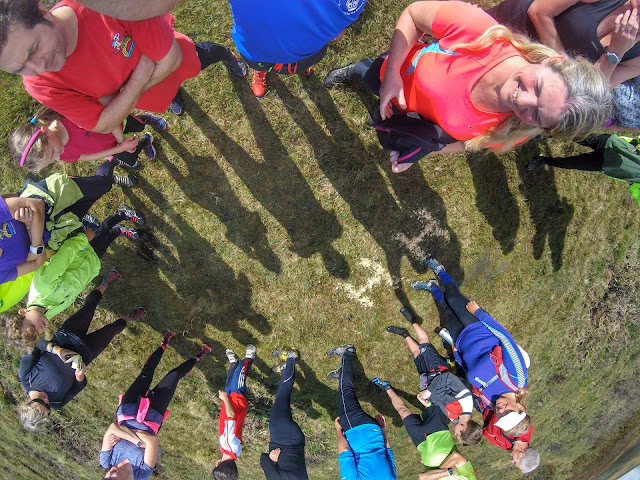 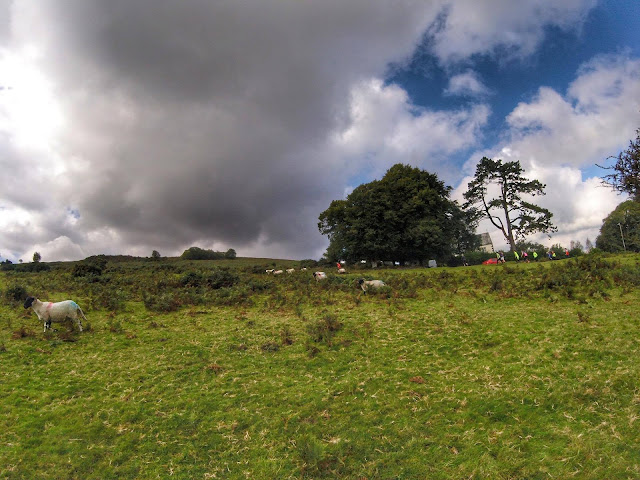 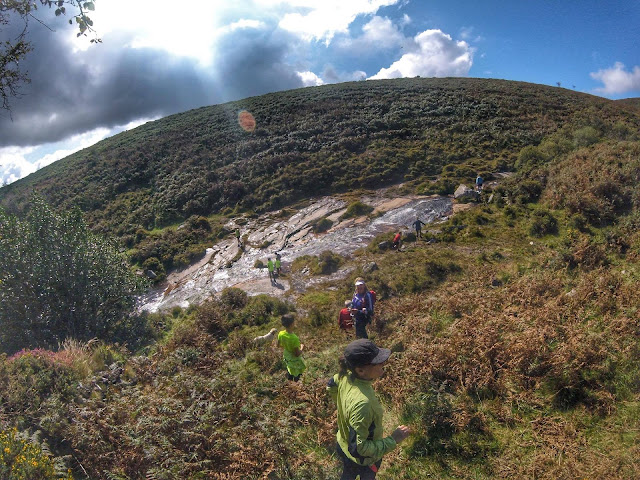 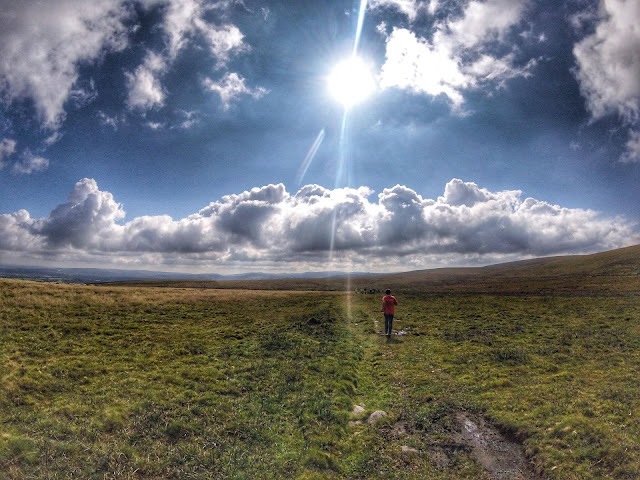 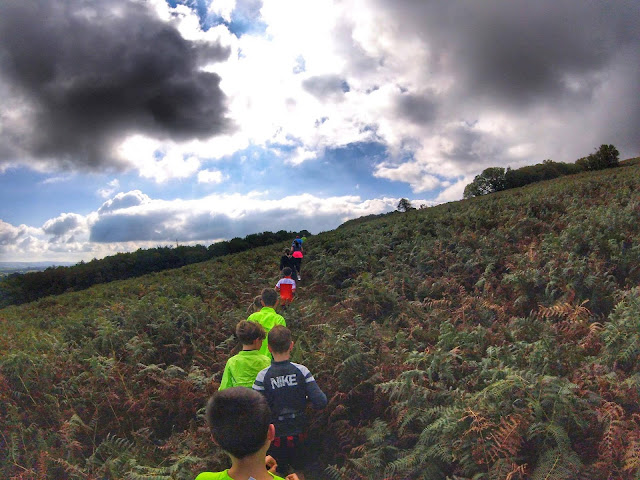 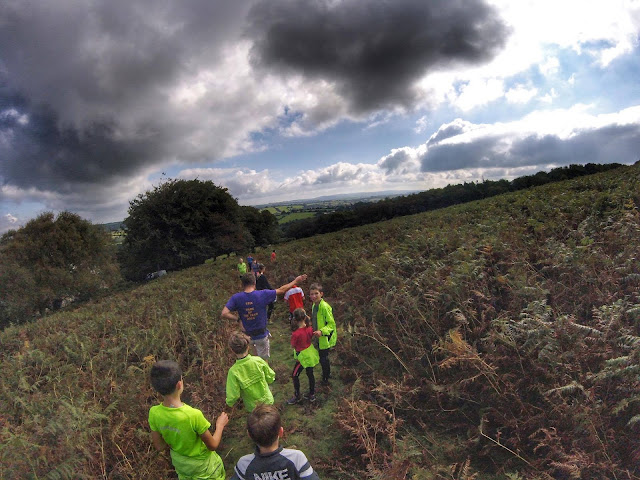