By Alastair Hibbins - December 09, 2018
First trail of the new regime... with Spocky and Bollards taking on the reins as GMs. Shame Bollards had already done the opening circle before Spocky had arrived!  Good to see Menage back at City of Exeter H3 too.

It was a hash from the new home of Bullbait, Child Catcher, Stingray and Splat in Bradninch - with a swimming pool in he garden - or so Son-of-a-Bitz thought - and he threatened to dive in.  The hares told us that there was going to be 12 'Xmas-themed' fishooks to 'enjoy'.  Tampa had arrived early and had a clipboard (collecting names for the Xmas meal next week), but Woodpecker did not break his tradition, and arrived late while also waking up the neighbours by revving loudly as he reversed!

Stingray, full of confidence, but not knowing where the trail went, sped off along Hele Road, but was called back by his mum as we headed across Charwell Meadow and the wetlands, then across to the west side of the town.  The photo of the view below was taken from Back Lane looking back over Bradninch.  A regroup at the gate, but then a sweetie stop just 5 mins later as we continued to climb.  The sweeties include some sweet-heat Skittles - which Itzy-Bitz was definitely not a fan of.

The longs took us on a loop across the fields initially - Woodpecker took the long route by accident - but he battled on!    The trail continued on fields until we reached a farm house on Caseberry Lane, before returning to the regroup via the lanes.

Then it was up, up, up Back Lane, before going down, down, down Beacon Hill.  We'd passed the 7th, 8th and 9th fishhooks - Bull Bait was merrily singing at each one - so must be nearly home. A trail led us through the town and back to Charwell Meadow in good time, where we enjoyed beers, teas and mince pies (as well as some out-of-date Bounty-protein bars from Boots) in the 'garden room' (aka converted garage) - how posh!

Thanks to Bullbait and family for their hospitality.

Don't forget to Rate the Hash.

Next week its the Christmas Meal - meet at Joney's Cross (map), then On Down to the Cat and Fiddle. 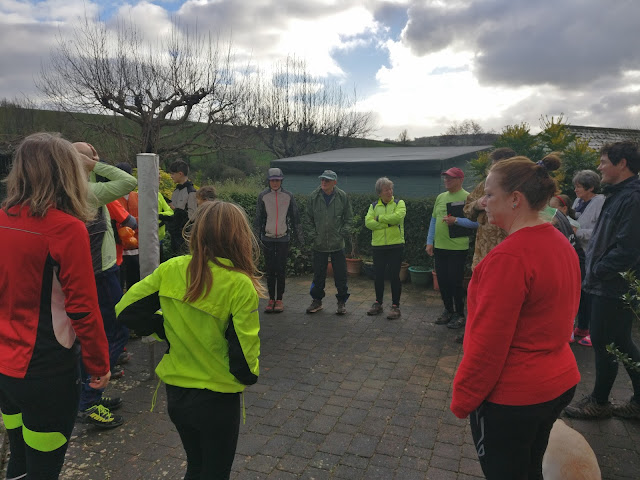 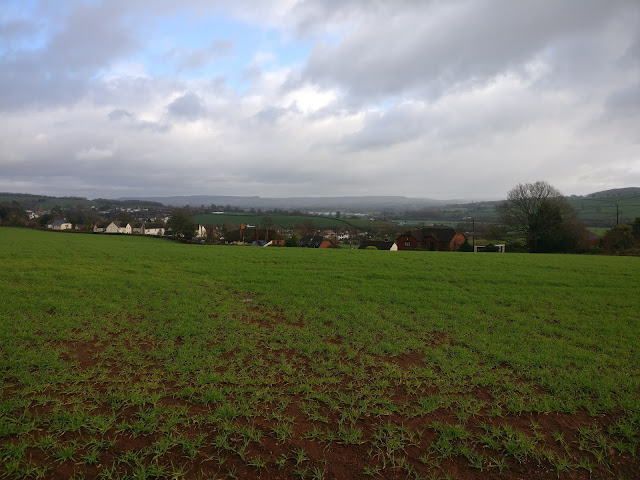 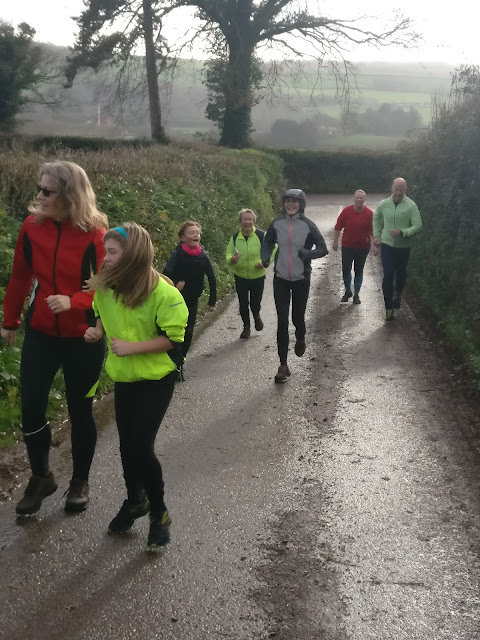 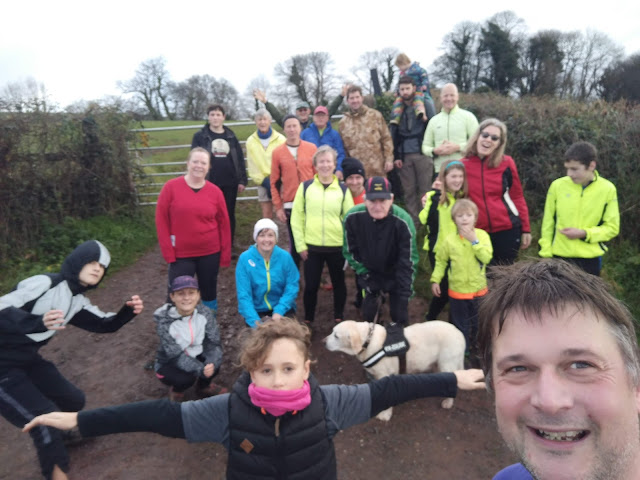