This week’s hash was laid by Wide Receiver. A lovely day in Kingsteignton made a good hash.

First, there was a new person: Wide's next door neighbour. Wood pecker turned up late as we were just about start the starting the circle. As we were circling, we heard the familiar noise of the revving from his BMW.

As this was a long runners trail there were quite a few fishhooks. We came to one and it was 4. 4 people went back, people were relieved as the hare was all the way back. A few moments later there was another this time was 3. 3 people went back but when you did go back it felt like you went back a mile. Wide Receiver was only just entering the path people had been on for ten minutes.

After one big long short splits and dry fields the was a long fishhook, Stix and Speedy were annoying Rocky by telling him there was 15 on the fishhook of course he was easily led and he started walking back.

No fines this week - we were too busy eating cake and drinking tea (and beer). Thanks to #TeamWideandTight for their hospitality!

Next week its Tampa's birthday, and he is hosting a BBQ after the trail.  Please bring salad and beer!
We're starting from the upper Car Park in Clyst St Mary (map). 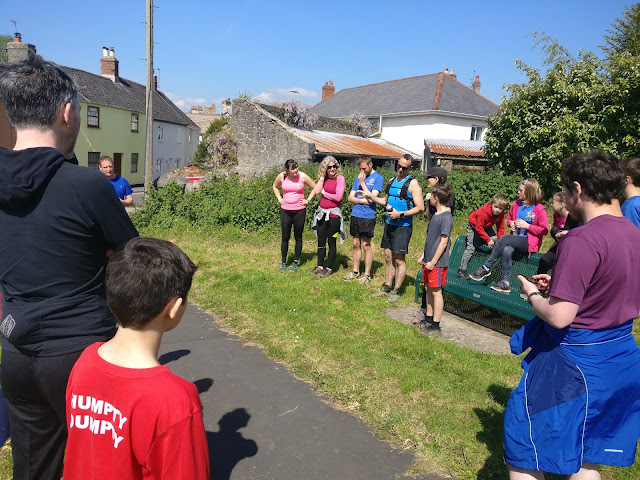 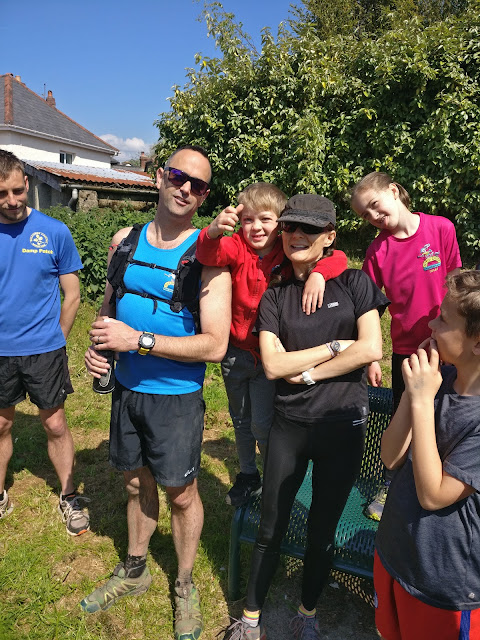 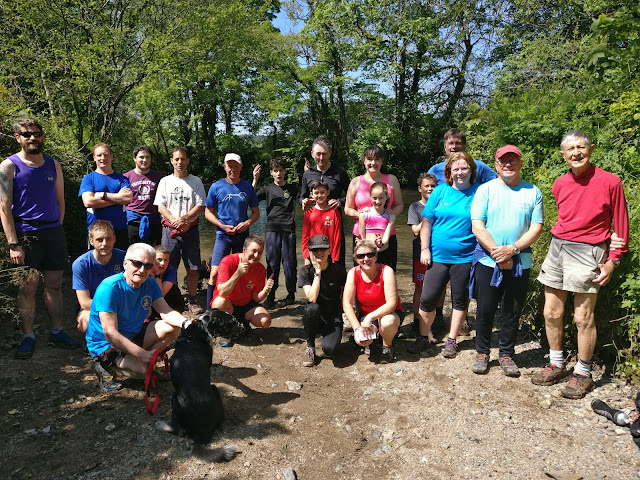