By Alastair Hibbins - November 01, 2020
I don't think any of us doubted that this week's trail was going to be the last for a few weeks. There was even a suggestion that we make it the Christmas r*n!
It was good to see Damp Patch back after becoming a father again... He was hoping to make hashing a regular thing....
Spocky turned up in his new (ish) 4x4, and then avoided the puddle in the car park. I'd already driven straight through them, forgetting that I'd given the Skoda its annual clean the day before!
Then after a non social gathering about the latest lockdown measures, and another about artichokes,, we set off. Most of the pack going completely the wrong way, including Bollards who seemed to have made up her own long loop.
Unfortunately Howling Wilf had to retire early due to injury. But the rest of us headed across the marshes and towards the railway line and the village. There was a long loop along the way that Wide did twice!
Another long loop took the longs back to the Swans Nest roundabout, with the shorts heading straight onto Gissons Meadow. After the longs had done another loop, and the Bitzs played on the park, we were on on to the sweetie stop (safety check). Woodpecker, who had originally been behind, managed to get himself back to leading the pack, and then checked wrong to see him at the back again!  I told him not to be an FRB!
The longs then had a long Ha Ha, which Rocky took great pleasure in marking out, while the rest of us headed toward the canal. By the time we reached the edge of marshes, Wide was back in front, and was unable to find the trail from the check, without a little help
Then on home back across the marshes and along the lane.
Woodpecker went for a pee, and then came back with a couple of bottles of 'cider'!
Next week is the AGM (AGPU) at 11.30 (due to it being Remembrance Sunday). Join us at the link https://meet.jit.si/hashing. 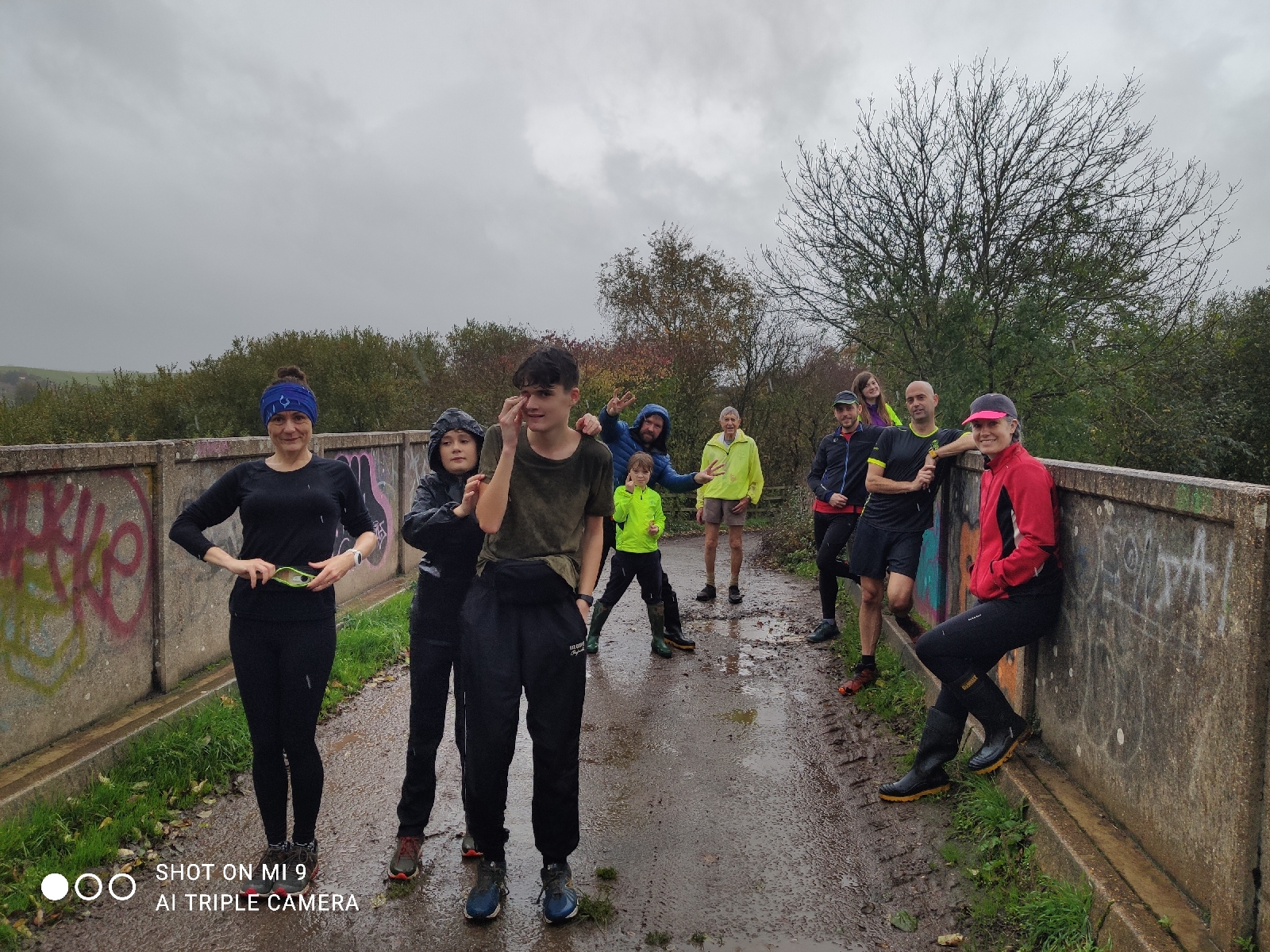