This is Bollards. I was given the alternative of writing the words or making chocolate brownie, and I couldn’t be bothered to stand in the kitchen. Also. I am, undoubtedly, the hardest person in this house. Fact. Despite feeling like I’ve been repeatedly kicked in the ribs, I valiantly made the effort to get up this morning to be Speedy’s sidekick. It should have been Rocky, but he didn’t feel like it and Stix was pretending that he didn’t have a hangover.

I have very little memory of laying the trail. I had to concentrate quite hard on breathing but Speedy had mapped out the route extremely carefully and made the correct decision in not giving me the map. I think the short went something like this: park, Topsham Road, uphill, onto muddy track, up field to a regroup/view spot. Apparently, prior to this, Blobby had committed his down-down worthy misdemeanour of calling on to sweetie stop when it wasn’t. He was mislead by multiple S/S marks (in spray paint) probably denoting the route of the sewer pipe.

After the regroup: muddy, slippery downhill, another long/short split then the proper sweetie stop. Speedy provided some top class confectionary including (but not limited to) sour skittles and some vegan approved candy kittens. Even the sweets that he didn’t think were vegan, were vegan. Brand names and everything. Decent. (Remember this when rating the hash).

After the regroup it went something like: Topsham Road, crem (hi dad!), long/short split, path along river, flood barrier, tree house, On Home. The longs went a bit further. I don’t know where, but in total they did something like 9K.

In the circle, we all racked our brains to remember where next week’s trail was before looking it up on the internet and realising that there wasn’t actually a trail planned. Wide decided (with no consultation with Tight) that he would lay next Sunday’s trail from Route 5 – at the top of Haldon Hill. Probably. Or maybe somewhere else. 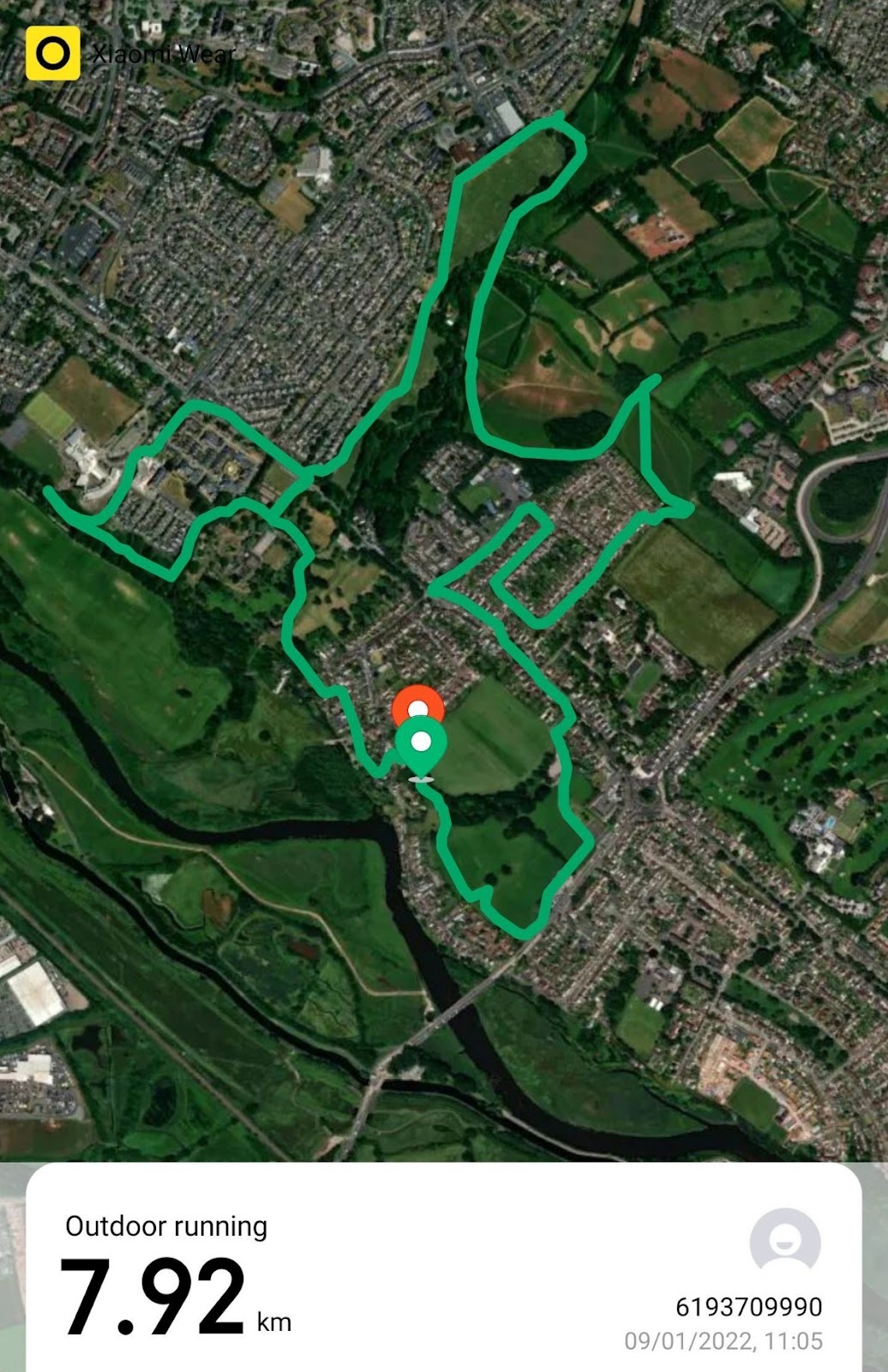