By Alastair Hibbins - July 06, 2015
A live trail was theme with Groucho and son doing the honours. Only three cars were in the car park as the hares set off on their ramble, but when the pack followed the number of cars had risen to twenty-three.
Our hares were never caught and as a result they had time have a five minute nap. They did hear the pack occasionally echoing the use hash words 'on-on'. The pack stop for some sweets, the hares placing this bait at a lovely stopping point. The pack devoured the said sweets, enough said really. I can report that Isoceles lost his camera on the way round, we trust he managed to find it. Not much of any substance to add as your reporter was none other than Groucho.

So on-on to Woodpeckers hash at Four Firs Woodbury Common with on down at hares residence. 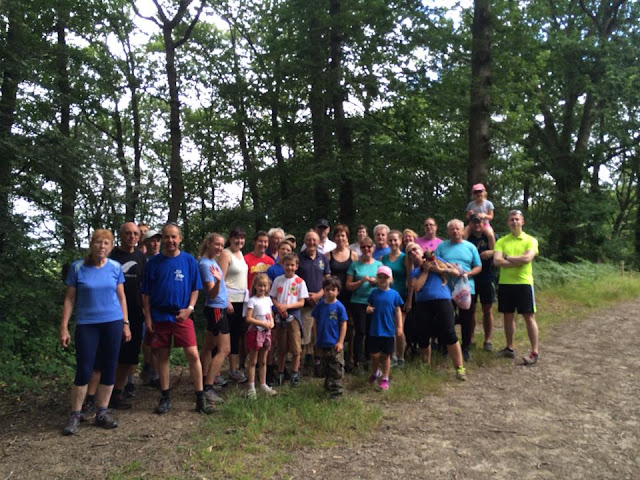