By Alastair Hibbins - July 07, 2019
As we drove in, we met a road block on the lane. What are these nutters doing- then we realised it was Twin Peaks and Howlin' Wilf, who were lost.  For once, I was the only who knew where the Bitz's lived.

After Bullbait and Childcatcher had some dubious conversation about meat in baps, Spocky announced that the trail wasn't very long, and he'd only decided this morning which direction it was going to go in.  We headed down the lane and into a field.  We ran round the field. Then we ran round another field. And ran around that same field again.  It was hot!  Thinking that all these fields look the same, we may or may not have run around one of the fields a third time.  There were plenty of long-short splits, and these may have taken us around a field.  In the second half, we crossed the lane and around what was definitely a different field.  We had a sweetie stop in the corner, before heading into the neighbouring field and running around it.  The on home took us past a barn and back along the lane. No further fields!

Spocky pulled out all the stops for the BBQ in his field garden, with  a gazebo and bouncy castle.  Twin Peaks talked about golden showers and there were plenty of jokes about Spocky's erection.

Fines were a bit sparse, but there was definitely some nerd naming going on.

We voted for June's trail of the month - it was awarded to the Bampton hash, laid by Boots.

On On to next week, when its Woody's trail, from the bridge over the A30 (Venbridge Hill) near Cheriton Bishop. Map is here, or use the postcode EX6 6JU. 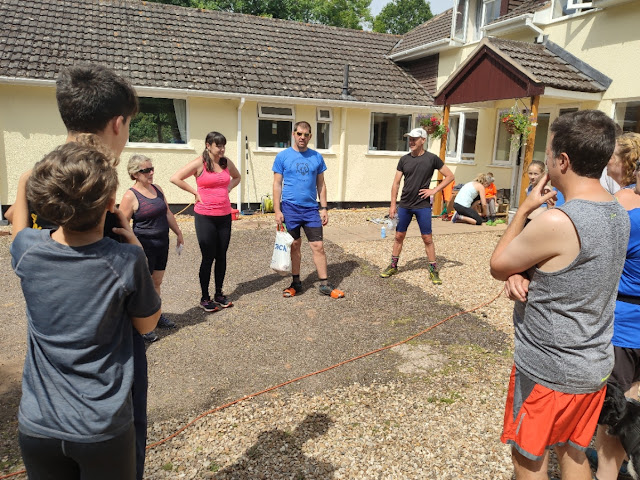 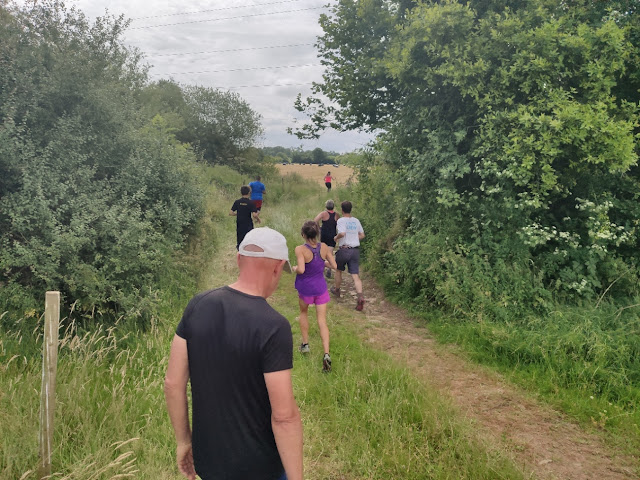 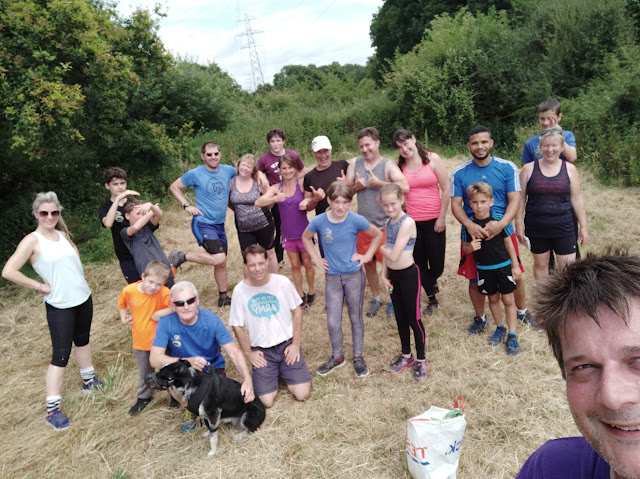