By Alastair Hibbins - August 11, 2019
A good turnout today - especially considering Isca's Roman Away Day in Teignmouth. Obviously the temptation of Mrs Woodpecker's food and drink afterwards was too good to miss. It was also going to be a day of dodging the showers, and we nearly managed this - it just began to rain as we left Exton.

Bollards kicked the hash off - nearly 10 mins late - but there were no late comers for a change! We gathered round some puddles and some dog poo (which Bull Bait was hoping some would step in, but which Boots kindly scooped up). As with most of Woodpecker's trails, he managed to get the whole pack going the wrong way at the start!

There was an early long-short split as we headed towards the Model Air field car park, then another long-short near the woods to the north, where the longs struggled a bit to find the trail that looped them back up a very steep slope to the shorts. Through the woods, where we lost the trail again in the ferns and bracken, across the road and to the regroup. Most of the shorts had been there a while - Boots had had the time to build Mischief a little den! But some of the "No Names" were missing, as were English Muffin and co. Woodpecker backtracked to find them as the rest of the pack continued. There was still a long-short for us to enjoy, and before we arrived back, Speedy, Howlin' Wilf, Bollards, Child Catcher and others started racing each other - sadly they were on the wrong track! But soon after that, we arrived back at the car park.

We headed on pretty much straight away down to Exton, where Woodpecker had laid on beer and food. The infamous fertility pool was open for new customers. After many had been in for a dip, the No Names were named Yankee, Doodle and Dandy by Woodpecker, and fines went the racists (racing) and Speedy for splashing Woodpecker

Thanks again to Mr and Mrs Woodpecker for their hospitality! 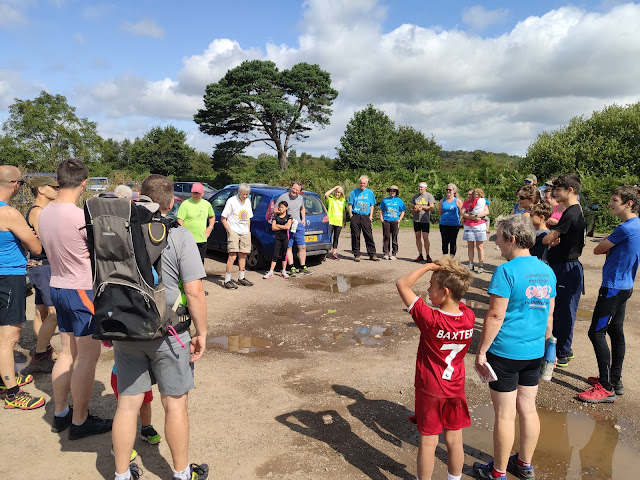 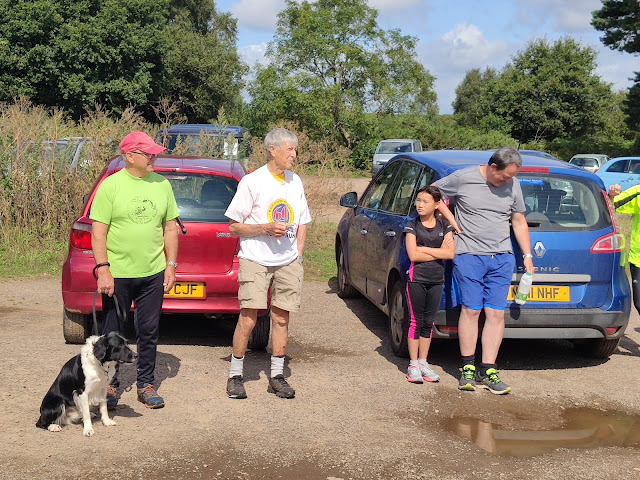 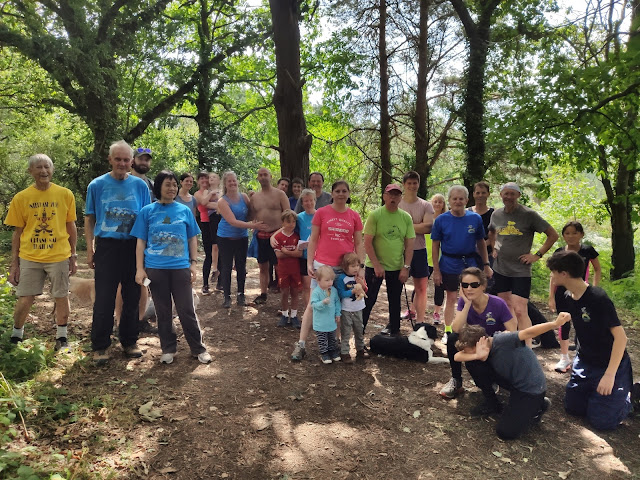 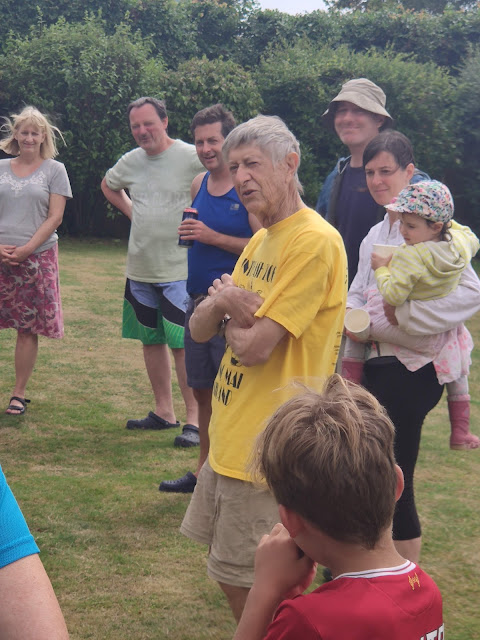 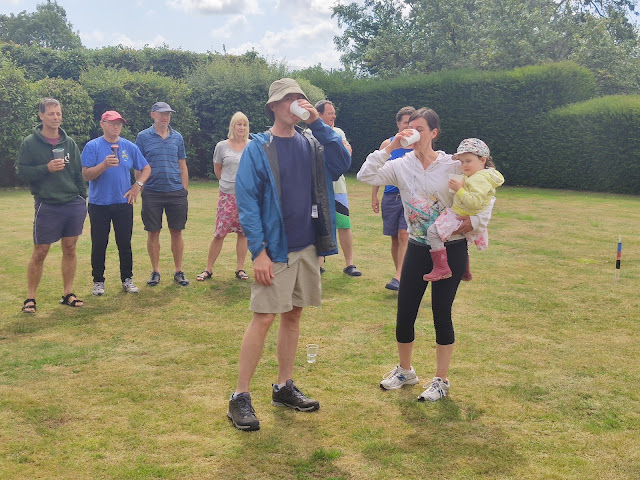 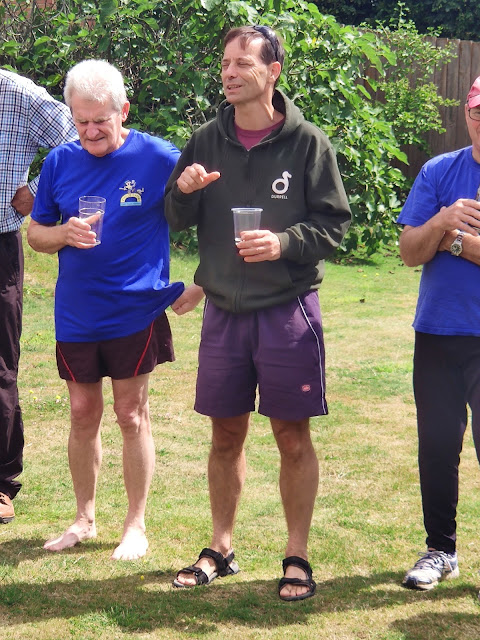 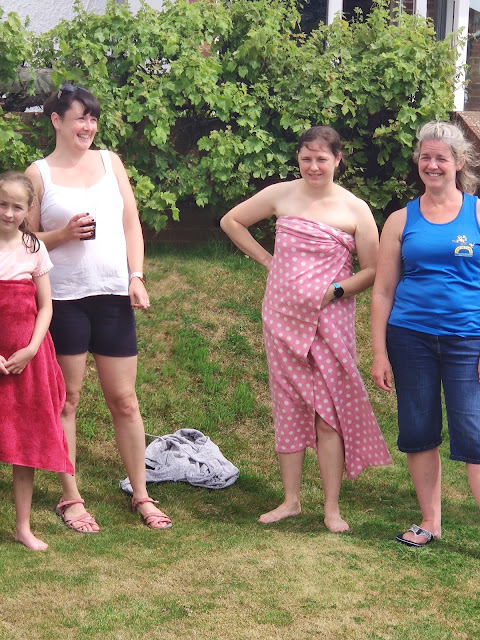