Showing posts from January, 2012
Show All

By Tuned In and Radiohead - January 19, 2012
Myself (Twice Nightly) and Larks arrived at the Warren car park early to find it almost completely full of non-hashers / ‘ordinary people’. There were horses and bikes and dogs and walkers and people in old-fashioned costumes for no obvious reason and it was all quite surreal. Luckily after a few minutes the familiar form of Groucho appeared, thus reassuring us that we were in fact in the right place, unlike Stix and co. who cocked it up completely and went to Four Firs instead. The wind was positively arctic and chilled us to the bone as we waited for the troops to assemble. Finally Groucho called the circle together. Tampa, as the hare, gave the pre-hash talk: flour, on the right, 3 long-short splits, yadda yadda yadda. Then ‘check it out!’ and for once quite a few people did, as running proved a useful way of warming up. Despite all these hashers dispersing in all directions no one could find the bloody trail. We scampered back in forth until we saw our hare standing smugly off in
Post a comment
Keep reading 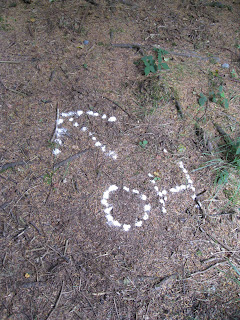 This was billed as the Great Woodbury Tour Part Two with tour-meister EJ, but there was no tour, instead it was more of a wander. Fashion was the order of the day with Woodpecker in a shell suit circa 1980 and Tail Lamp was dressed as Michelin Man. Over thirty fine hashers turned up for this EJ trail, much having been said since the last one (it is believed some people are still doing it!). EJ informed the circle that he had been laying the route since 08.00 hrs, which caused some concern amongst several members of the pack. However EJ then went on to mention that in the vast space that is Woodbury Common he had laid long/shorts a plenty as well as a walkers trail, suddenly, EJ was flavour of the month. We were soon off galloping in all directions with Radiohead and Cousteau setting a frightening pace (they should know this is not a sprint more a marathon) the first long/short coming after about 100m, Tail-Lamp still feeling rather delicate, the choice was the short route, taking with
Post a comment
Keep reading 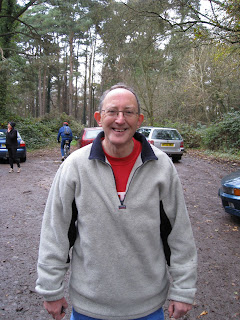 This New Years run produced many hashers in various states of health, the most common being 'oh my head' and ' I'm tired'. Blobhoblin was there to greet the gathering throng along with the hare Groucho, both of whom were also looking a shade frayed around the edges. Woodpecker not wanting to turn over a New Year Leaf still arrived late, no change there then, eventually the rabble formed a circle which was feat in itself, not a bad turn out though with about thirty making up the pack. We all set off at a rather pedestrian pace, some finding the on on at the first check a challenge, they got there in the end thanks to Twin Peaks. We ampled by the side of a drainage ditch for about ten minutes before reaching car show room land where several hashers decided to look at cars instead of trails, Oddbitz was suspected as being the ringleader and was thus fined. If that wasn't enough Woodpecker then decided to go and look at motorbikes, he too was fined, by now some of u
Post a comment
Keep reading 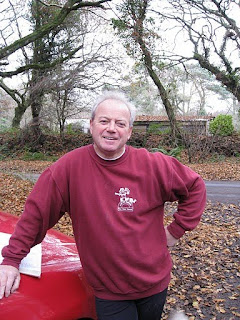 Tampa and his now famous Boxing Day Hash along with some fifty hashers, made an appearance, some from distant lands like Essex, now home of Chesty. Also present was Radiohead, a Devon man so I hear. Blobhoblin decided to bring every living member of his extended family. I am pleased to report they all survived this Tampa hash experience. There was however no Tail-Lamp who it is reported is still too delicate to hash, perhaps he is still recovering from the last Tampa trail/trial. The hash venue was of course Joney's Cross, able to cater for the large number of cars that just seemed to keep arriving. Spockybitz was last, very unusual, some members of the pack were becoming a little edgy and several large sighs of relief were heard as he emerged from his car as he had the beer! Once given the normal instructions we were off, well some of us were whilst others carried on talking, no checking it out for them then ! We meandered around like a giant snake for about the first ten minutes
Post a comment
Keep reading