Great trail today and a big thank you to Richard Gilham Clever Dick for stepping in last minute for SorePoint and Paperwork. Coffin turned up but very late! It was just like a slap in the face!! 🙄.  There was no rain that was forecast and due to the 3 long loops the coats soon came off with Twin Peaks complaining she was getting moist on the inside! Lovely hashing area. Nearly 4 miles in (for the longs) we got to the sweetie stop but minus Widey! Finally he turned up doing an half mile wrong turn. After quick photo 📷 we were back on trail but missing the Long/Short. The trail took us into some more woods and then trail went from "2 and on" to "Check and on" check here, check there, check Everywhere! It was like a proper hash!😆 Wasn't long before the "on home" and I managed to clock up a healthy 6 miles. Some fines given out and a lovely rendition of Happy Bithday to Woodpecker who will be celebrating his 87th BIRTHDAY tomorrow!  That is also 54 years a Hasher!!!! I know what you are thinking "a little late to start hashing at 33 years old!!" But to be fair they only probably just invented it by then with electric and everything was steam powered in those days.  Onon till next week, GM Spockster 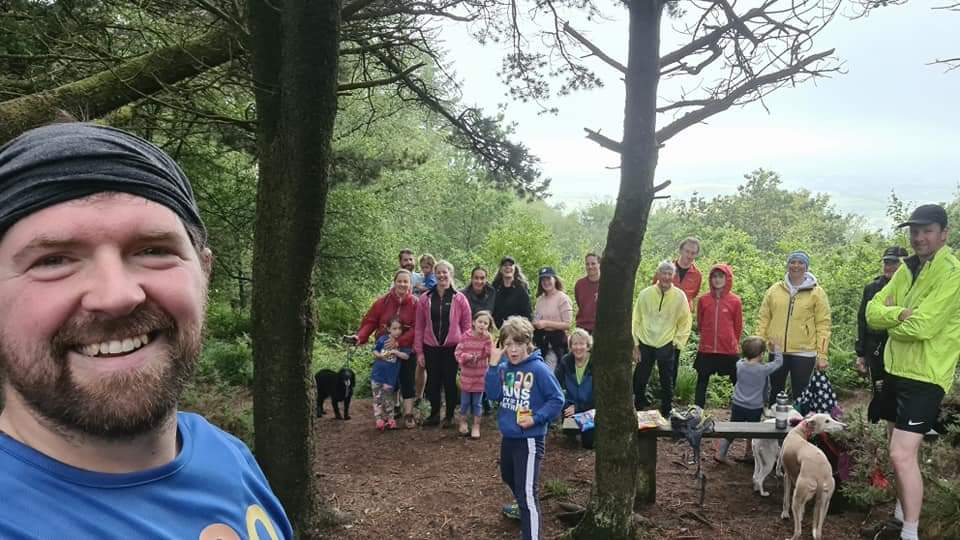 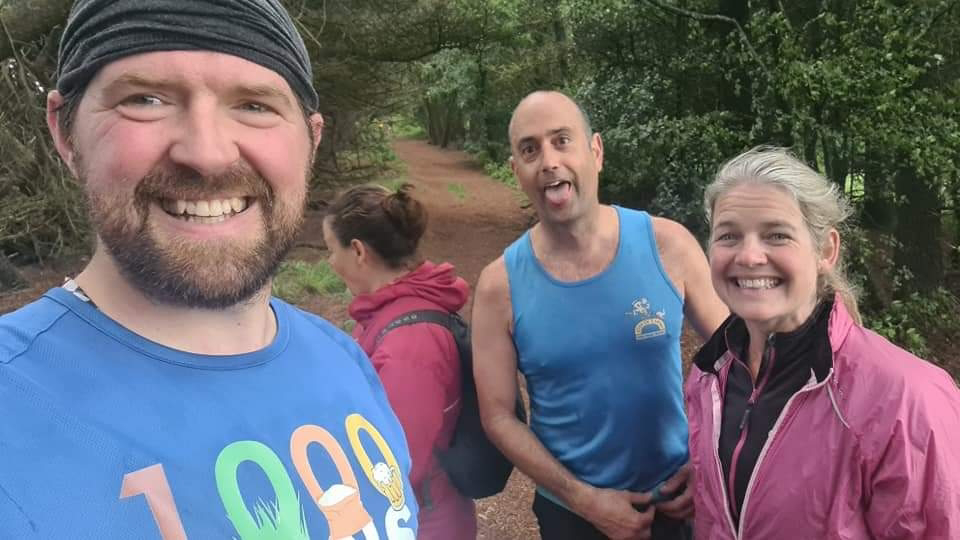 See http://cityofexeterh3.org.uk/p/hash-diary.html for full details
On On
City of Exeter H3

A jaunt to Honiton for today's 1003rd trail on Father's Day. After yesterday afternoon's rain, the prospects for a picnic weren't looking good. But it stayed dry and suprisingly warm.
We started off in Tesco's with a Meal Deal lunch and a pop for a wee. Then we lugged the hash beer round the corner, passing a few marks on the way.  Dark Lord arrived and parked up opposite the house. "Can I leave it there?". "NO!" came then immediate reply. The neighbour's curtains were already twitching! A moment remembering Fathers present and passed, and a lot more moments waiting for Woodpecker to join us! Once he did, we were off, and the first of many loops for us longs.
The trail started off with a lot of road around the town, and the pace on the long was fast. We're going to get through those 5.5 miles pretty quick, I thought. However we were soon in parkland behind houses, along and through streams - "a proper hash", someone remarked! Tight was front running and we found her waiting for a young man to help her down a slippery bit. Spocky and I came to the rescue. Then another slippery bank upwards "try not to yank me off" I told her as I offered her my member (well, hand!).
We were told that there was sweetie stop, but we had to earn it. Son of the bitz said he'd done his homework, and that was ok for a sweet. But the rest of us had an almighty climb up Roundball Hill, and some shiggy bitz and slippery wood paths. But the views were worth it.
After the hash flash, 3H&O told us it was on up... Not what we wanted to hear. But there was no more up to go! The trail took us on to the lane and back towards the town. Lots of down hill now, with a fish hook that Wide pretended he didn't see! Another loop for the longs, another stream to cross, and some road to take us home.
After the trail we had picnics in the back garden, with some fantastic quiches and cake made by our hosts, not to mention the sparkling wine! Mad Max produced a large waterproof sheet for us to sit on, which saved a muddy, moist bum.  Not that Xbitz had to worry... !! And I never ate my meal deal!
Thanks to the hares for a great lunchtime out in Honiton.
On on to Blackborough Wood next week!

Hottest trail of the year? Perhaps! Hot enough for Rambo and Wide to start the trail topless, with Chardonnay and Bollards following suit no long into the r*n (maybe not Bollards!)
The trail started off up the hill out of the town, with a long short split making up the first mile.
Then over the A38 and down towards the river Teign, with the sweetie stop on the river bank. I thought I saw a dead body down close to the water's edge, but it was Dark Lord lying on his front reaching for a bottle that Humpty had thrown in.
We enjoyed all the 1980s themed confectionary, and decided to make a squidgy flavoured gin later this year!
As might have been expected, Wide and Spocky soon ended up in the water, using the rope swing conveniently located next to where we were stood. Tight checked and checked again that Wide had removed his phone and keys from his pockets. And then it was Spocky's turn. Xbitz did the same, also reminding him that they were going to Tesco's after the hash and he had no change of clothes. (In the end he went round Tesco's in commando, probably secretly enjoying the freedom!).
Then a run, with an almighty climb on the long, back towards home. With chilled beers and snacks in the car park, and time to cool off.
Thanks to Wide for the trail. On on to next week's picnic and trail in Honiton (19 Whitmore Way,
https://maps.app.goo.gl/uHEcfvGCsfEF6xgb9)

See http://cityofexeterh3.org.uk/p/hash-diary.html for full details
On On
City of Exeter H3

Just a few photos from our 1000th Run. Special thanks to Spocky and X Bitz for laying the trail and hosting. Tight 👄 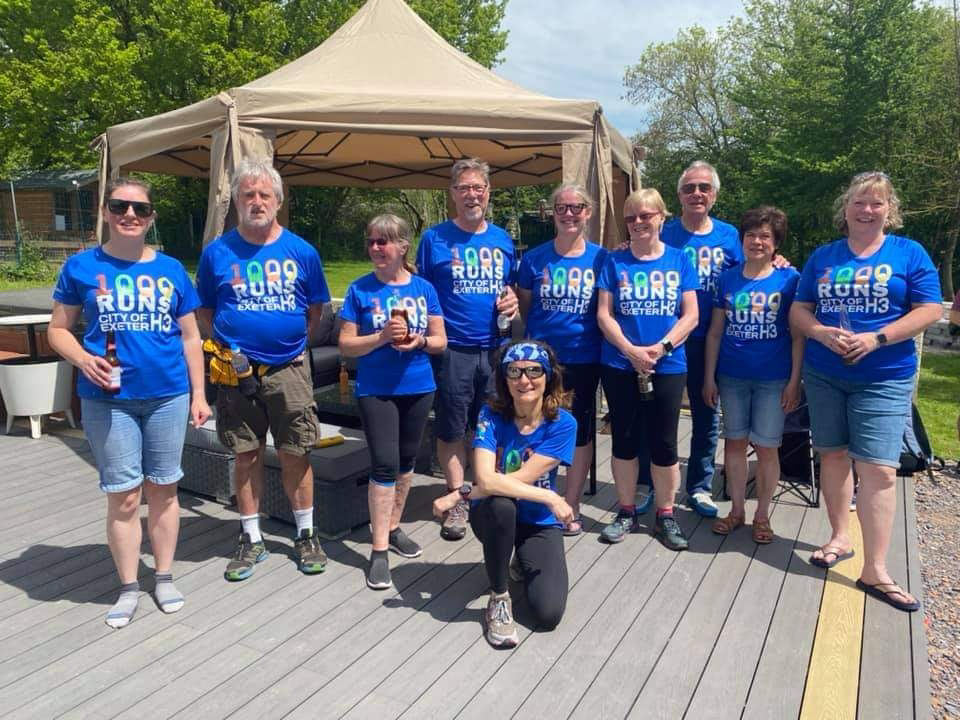 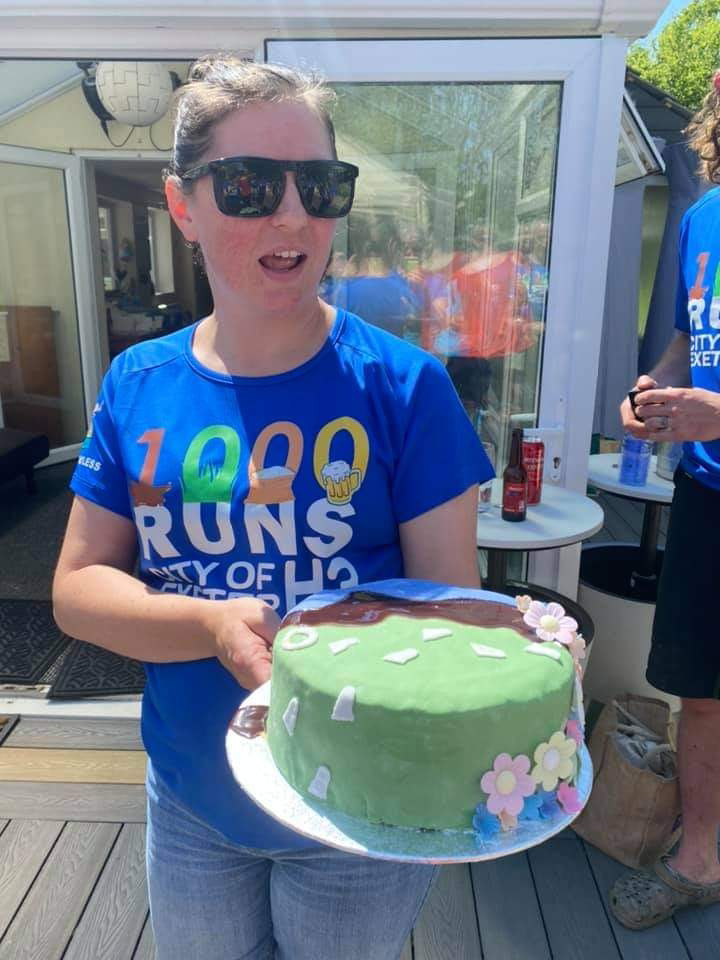 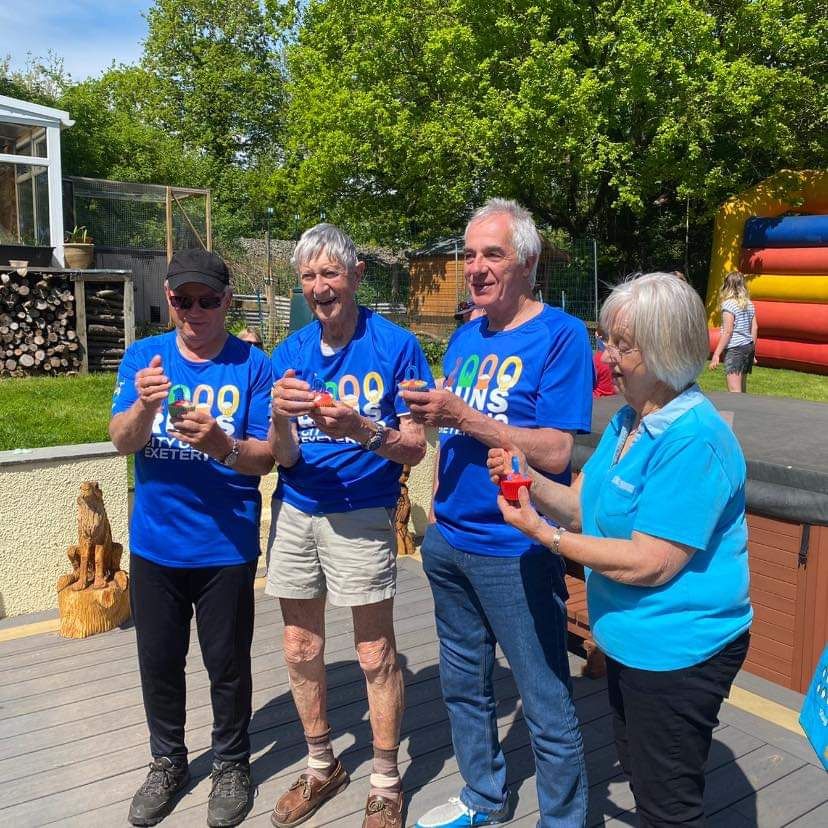 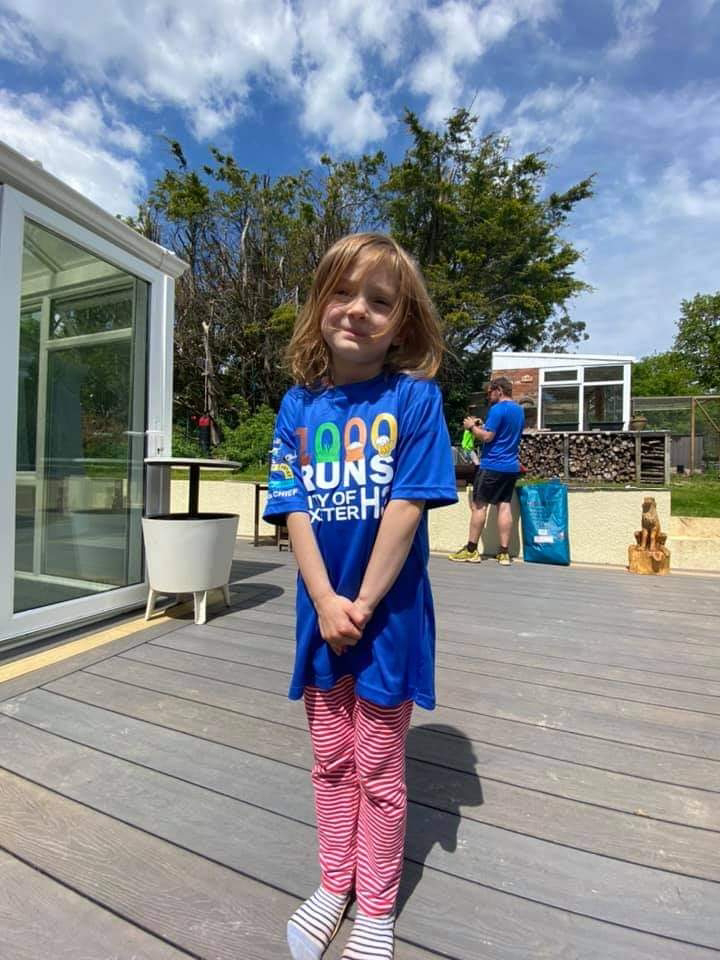 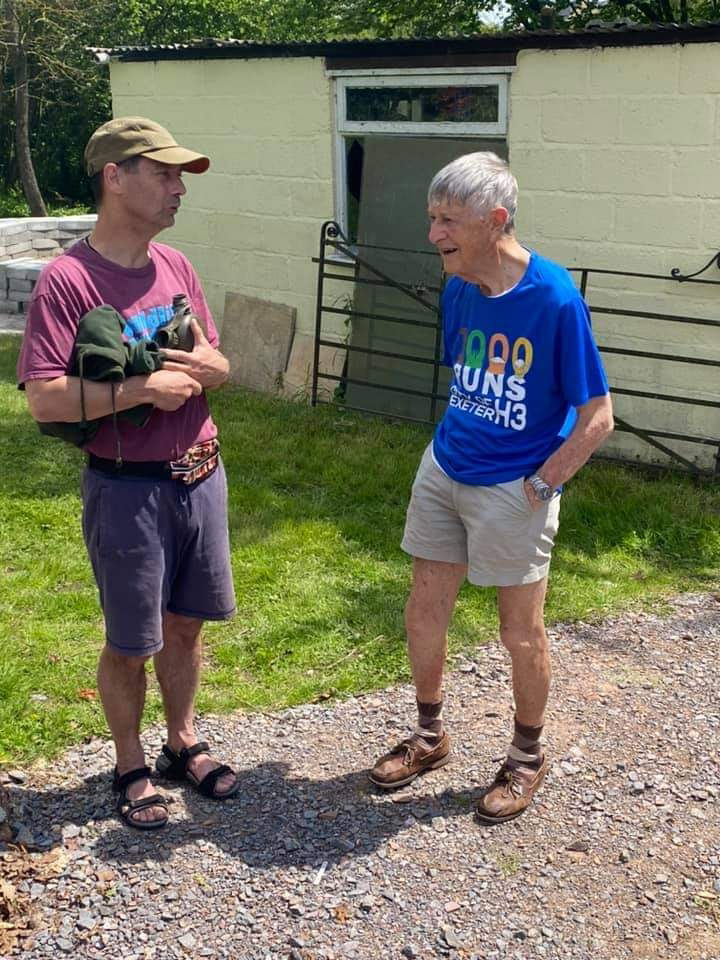 And from Rambo
I thoroughly enjoyed today's hash celebrating the 1000th run for the City of Exeter Hash House Harriers. The hospitality of Spocky Bitz and family of the trail, the BBQ and the On Down setting was very much appreciated by all. It was great to see our founder GM: Groucho, although it is a shame he didn't find the On Down.
I hope you all enjoy the video and photographs, taken by both myself, Boots and I think Tight.
On On Rambo
PS I do have a higher quality original of the video if anyone would like a copy of the file, a DVD or a Blu Ray disk.