Showing posts from December, 2008
Show All 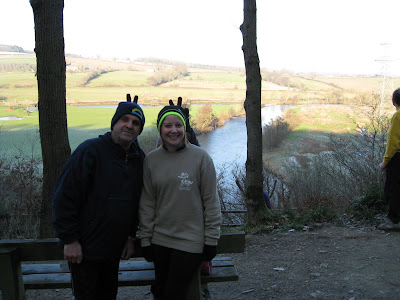 Another fine but freezing hashing day we were looking forward to setting off so we could warm up! Well todays hash started as it would continue, a complete debacle! We set off in all directions, except the one we wanted. Eventually with a little help from the hares we found the trail. There was to be little running on this trail as we all fought our way through the brambles. Even the dogs struggled, JC needing to be carried as he couldn't make it through the brambles. We made our way to the path again, still only 50m from the car park! Once again we all stopped and struggled to find the trail which seemed to lead us round in circles. Odd Bitz kept calling the trail only to be told, 'no, not that way!' as he had missed out chunks of the trail. Another loop later and we came upon the assault course the hares had carefully planned, a death slide! Howling Wilf seemed to come off worst and rolled down the hill leaving one of his gloves behind. Blobhoblin chose to go right behin
Post a Comment
Keep reading 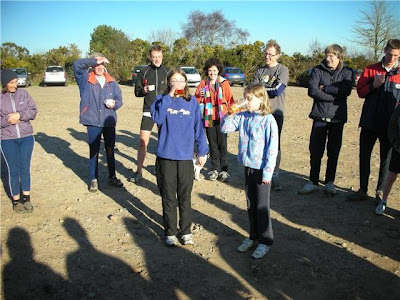 A beautiful winters day saw 35 hashers turn out for the Boxing Day hash. Despite the sunshine it was absolutely freezing up on the common so we didn't waste time before circling up. Hash instructions were 3 and on, 2 long/short splits, though the hare had no idea where one of them went as Gollum laid it and he had now gone home again! We set off in entirely the wrong direction as usual, finally finding the trail. On over the road road took us downhill before coming to a check where we were promptly called on on for a nice straight run, the checks having been called already by the time most of us got there, eventually coming to a back check. We then found the trail through the gorse, ouch, and back over the road again. We then went uphill and down dale following the lead hashers only for them to lead us in entirely the wrong direction, where's the hare we all thought???? He was back near the correct trail so back we went. There we had to climb down and make our way down the gul
Post a Comment
Keep reading

By Tuned In and Radiohead - December 21, 2008
This weeks blog is by way of video! I hope you enjoy. As you will all know, the hash awards were also today, they were awarded as follows: Woodpecker Trophy(most prolific male hasher): Stat Nav Henpecker Trophy(most prolific female hasher): Chesty Whadda Hash Trophy(highest scored hash): Woodpecker Sheriffs Shield(most frequently fined hasher): Tail Lamp Bone of Contention(GM's award for hash contribution): Tuned In As Ed of the blog I would also like to say many thanks to Groucho, on behalf of the entire hash, for doing all he does for the hash throughout the year in particular, the away weekend and the Christmas frivolities. Merry Christmas to all hashers look forward to seeing you very soon, xx
1 comment
Keep reading
By Tuned In and Radiohead - December 15, 2008

HAVE YOU SEEN THESE MEN? THEY HAVE ESCAPED FROM THE LOCAL ASSYLUM! LAST SEEN DRINKING COPIOUS AMOUNTS OF ALCOHOL IN THE COWLEY BRIDGE AREA OF EXETER. DO NOT APPROACH!!!! THEY ARE DANGEROUS. ONE WILL BE WEARING GREEN TIGHTS, THE OTHER IS SLIGHTLY UNSTEADY ON HIS FEET. IF SIGHTED CALL FOR BACK UP IMMEDIATELY!
Post a Comment
Keep reading

Another well attended hash despite the freezing conditions. We started off with a bit of 'hash pot luck' as no-one knew which car park we were starting from. However, everyone seemed to be there, including again Dirt Band and No Name from Otter Valley. The hare arrived back from laying the trail looking suitably worn out, an energetic trail maybe??? Hash instructions were 1 and on, long short splits but no fish hooks today as Wilf doesn't approve of them! Is that right!! On over the road to the first check where Chad headed off on the correct trail so off we set at what appeared to be a rate of knots! Maybe it was just the red wine consumed the night before that made it feel that way! Never mind, at least I turned up!!! Groucho, Tail Lamp you pair of lightweights....call yourselves hashers? The trail was very muddy but at times very scenic too, nice to see some slightly less familiar territory aswell. After crossing back over the road, we came upon the first long short spl
Post a Comment
Keep reading 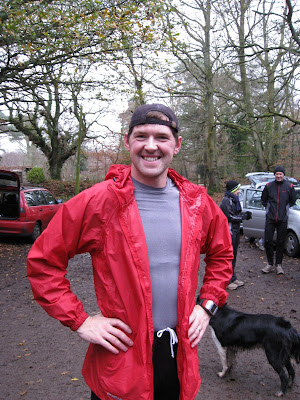 A lovely frosty winters day with 15 brave hashers all ready for the off. Spockybitz did the business whilst X-bitz was left holding the baby. Within 100m we were greeted by a long short split only three of us did the short, me, Groucho, being one of them due to my body batteries being very flat indeed. Spockybitz had arranged for us to be watched by numerous horses plus riders as we plodded on our way running at times through what seemed like treacle or in this case trekacle. Whilst on our wandering the sheriff was hard at work with his little black book noting any hash crimes, of which there were several. First to be punished was Tail lamp who upon reaching a back check asked how many had to go back. The hare was next to be spotted by the law maker for not setting the trail as per brief ie 3 blobs and on only to four blobs then false trail. On - on several occasion persons seemed to drift into some sort of memory lapse by forgetting hash names and preferring to their public names, Ch
Post a Comment
Keep reading 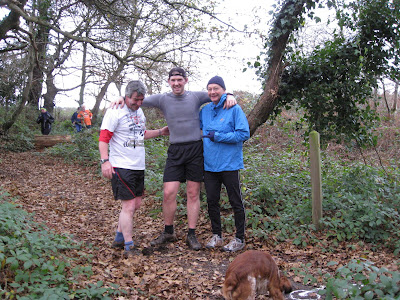 Another well turned out hash, well, the hashers weren't well turned out, they looked like the usual riff raff, I mean there were lots of them! We also welcomed Dirt Band and No Name from OVH3 and Ullage from Isca. We set off in entirely the wrong direction as usual and bimbled around until we found the correct trail past a freezer!! We encountered a very steep bank which tried its hardest to claim a few hashers and looking at bottoms later, it looked like it succeded. The trail then led us over the bike ramps, which a few brave hashers took on. The five or six front hashers set off down hill only to find a back check at the end so back up it was. We ran down past the side of the quarry and around in a very sneaky loop which some hashers at the back performed a spectacular short cut and totally missed out. On down and over the road to the first regroup. Spocky did a marvellous impression of a lamp post, so good in fact that one of the dogs decided to pee up his leg...nice! Setting
Post a Comment
Keep reading
More posts